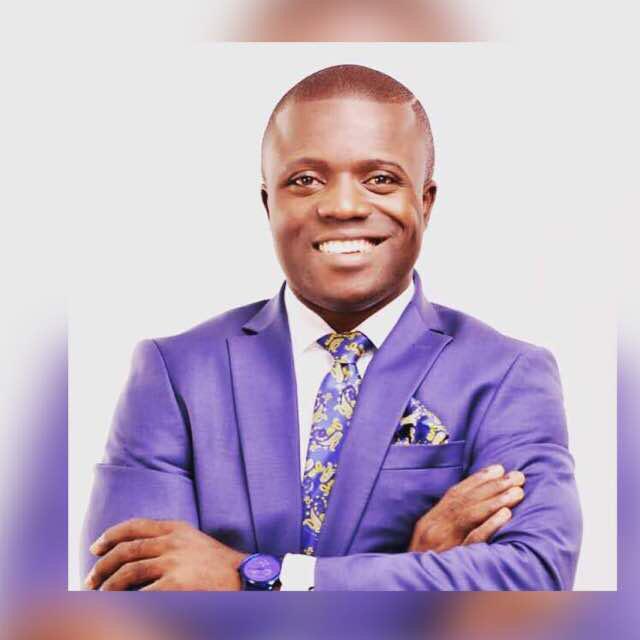 One Of Nigeria’s most accurate prophet,Omotosho Tope Joseph has released some shocking prophecies for 2019. It would be recalled that over the years, he has given lot of prophecies which bothers on the state of the nation, Nigerian politics, Foreign politics and all sectors of the economy.

For 2019,  The Apostle with prophetic mantle has reeled out fresh prophecies for 2019 which covers Nigeria in particular and the world at Large.

The fiery clergy just released over 74 prophesy for 2019:

1 I see those having difficulties in conception having their babies next year 2019 (not one but I saw twins, triplets and quadruplets).

2 I saw a Political party merging with another for peace and tranquillity to produce itself.

3 I saw a renowned and popular Man of God in Nigeria and across the globe being called Home because his assignment has finished.

4I saw heavy financial Mantle producing wealth for those who are in chronic poverty.

5 There’s going to be heavy floods claiming Property but no lives shall be lost.

6I saw a fire outbreak at a public market consuming goods worth Billions of Naira.

7 I saw how runs girls were being wasted by the ritual killers. My genuine caution is ladies be patient, God is about to bless you.

8 Let us pray for America, United kingdom, China and South Korea for easiest agreements because I saw a person jeopardizing their effort.

9 Donald John Trump will still retain his office but he will work terribly in the favor of Christianity.

10 A popular and good politician with clear records will soon be called home.

11NNPC should get ready to be restricted.

12 I saw fuel scarcity lasting for 1week but there will be divine interventions.

13Those fighting the Gospel should get ready for God’s vengeance and shame.

14 The female president in 2030 has discovered a defined Word from the Lord on the structure of this nation NIGERIA.

16 Please there’s  nothing in the devil for any Christian to be afraid of this 2019.

17 I forsee fulfillment of prophecies over Nigeria and individuals.

18 I saw a new state that is about to be created and the name began with the alphabet O and ending with A.

19What God wants to do in Nigeria can’t be stopped by anyone or principalities.

20 You’ve not seen anything yet the church is about to build 1,000,000 capacity auditorium.

21I saw some state governors will be voted out of office saith the Spirit of the Lord.

22 The church will display so much influence, power, grace, affluence.Isaiah 2:1-4.

23 No matter what, Nigeria will still experience Peace come 2019 election.

24 Genuine men and women of God will experience blackmail but its for their announcement.

25 We need a lot of prayers for the aviation sectors to avert plane crashes.

26There’s not going to be much of road accidents.

27I see  a person being reinstated as the governor because I had forseen the restoration of his mandate.

29 I have witnesses of the Spirit, very soon men and women of God will come together to speak the Mind of God without compromising.

30 I also observed this year 2019 giving birth to New Names that are Giants.

32 Let pray for Armed Forces Generals because of the dangers ahead.

33 I saw a terrible fire outbreak trying to weaken agricultural foods production those in  Agricultural sectors should pray.

34 I saw the waves of removal in our nation Nigeria and even the forces of darkness  shall be weaken this year.

35 I am seeing a current governor being sworn in after few months being laid to rest but if prayers can be said, His life will be preserved.

36 This year 2019 many will be promoted beyond their expectation.

37 Nigeria is about  leading in the education and oil&gas, Saith the Spirit of God, although the time isnt given me to say.

38 Most of our religious leaders will face a lot of persecutions and blackmail.

39 A well renowned  great Man of God will be called home this year. I bless God for his life because a crown of glory awaits him in Heaven.

40 Many State Governors will lose their seats and the opposition party are about to be loaded with Grace to discover their limitations.

41 God is about to announce Christ Embassy again because I saw impulses of graces manifesting afresh.

42 Former president Olusegun Obasanjo should get set to be consulted if they want peace in 2019 election and Spirit of God said He will announce this great man because of the good deeds he has done for God.

43I see churches being  filled up this year and many Servants of God will manifest greatly this year.

44 I saw in a vision where a nation was lacking Water and foods in the process International Organization came to their aids.

45 I saw a State at South-South and North where unknown gunmen invaded and  shot at people, Prayers should be made to avert this holocaust.

46 About 2019 election, everyone should accept their fate on whatever the outcome will be.

48 1 see women occupying critical position on decisions how country would go forward in 2019.

49 Zenith,Gtbank,UBA and other Banks will experience the Hand of God with profit and there shall be no loss.

50 I see a get rich quick scheme being initiated in the month of Feb.2019.

52-I see Southern Cameron gaining their freedom but time not given me yet.

53-Austria should pray against floods

54- Nigerian Stock Exchange should seek the face of God

58-Prayers should be offered for Fmr.Military Head of state in the North because I see him being rushed out of the country and not returning

60-I see victory over terrorism by Nigerian Army

62-The Roman Catholic church should get ready for the Pentecostal move of God.

63- Nigerian Bar Association should pray for their leaders

65- I see a Christian becoming President of South Africa with Zero tolerance to corruption and God is about to revive the economy of SA.

66-I see a popular hotel in lagos being set ablaze

69-Prayer should be made over Donald Trump’s health

70-I see gross darkness but the Lord is going to rise over His people.

72-Alot of prayers need to be made because I see a new cold war.

73-New sickness will be discovered by scientists

74- It’s a year of divine opportunity and unusual speed.

SUNDAY ADELAJA: A CANKER WORM IN THE BREAD OF LIFE