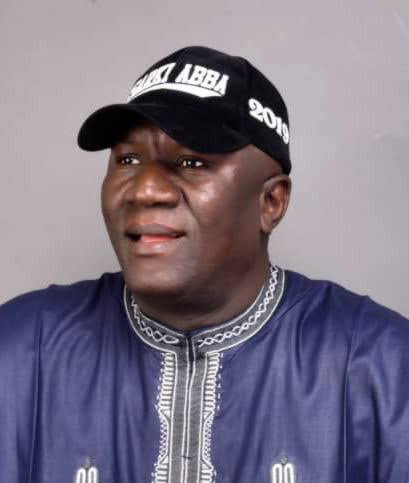 An All Progressives Congress (APC) group under the aegis of Adamawa Concerned Citizens has today threatened fire and brimstone over an attempt by some “undemocratic elements” to hoist an old man as the party’s youth leader in tomorrow’s state congress.

In a letter addressed to the APC chairman of the state, Ibrahim Bilal signed by the chairman of the group, Hussaini Gambo Nakura, the group said it will resist the “satanic” move with all its might.

“We the concerned stakeholders of the All Progressives Congress under the aegis of Adamawa concerned citizens wish to draw your attention to an undemocratic move by some power mongers to hand over the position of APC youth leader to an old man against the extant constitional provisions of our great party.

“These unscrupulous elements certainly do not wish the party well as what they want to do is clearly against the provisions of democratic norms which if left unchecked may only breed anarchy and breach of law and order.

“It is pertinent to state here that we the conscience of this party will definitely resist such satanic and undemocratic tendencies with all our might,” Nakura said.

The chairman expressed dismay over the primitive desperation of some few individuals to achieve their selfish motive without recourse to the future of the party adding that they will surely be put to shame.

“We will overcome these forces of darkness however powerful they are because you can’t eclipse the voices of the masses.

“We wish to reiterate unequivocally that we reject the zoning of APC youth leadership position to Yola South and by extension to one Abubakar Abubakar (Habu Kaura) as information available to us indicated that plans by some unscrupulous elements to hoist Habu Kaura as the youth leader against all odds have been perfected and sealed.

“To push home our arguments, it is pertinent to state that Habu Kaura is not qualified to serve as the youth leader on account of his age, as the party stipulates that persons above 35 are not qualified to hold the position.

“We want to state authoritatively that Habu Kaura was born in 1982 meaning that he is now 39 years old and therefore not qualified to hold the office.

“When the present youth leader from Jimeta, Saidu Babawo was removed from office, we thought the action was taken in deference to the the party constitution, but to our amazement, another person who is not qualified is being hoisted on the party against all odds.

“It is for this reason that we demand the status qou to remain or let a person below 35 be elected as stipulated in our party’s constitution,” the statement further said.