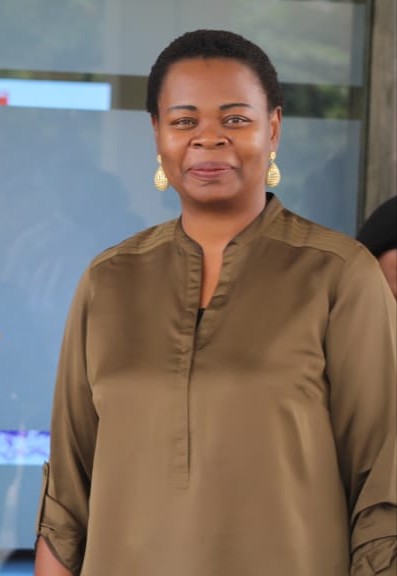 In spite of the giant strides Nigerian women have been making in the world of business, a new reality is staring them – along with the rest of humanity – in the face: COVID-19.

The prevalence and astonishingly rapid spread of the virus had the whole world literally hyper-ventilating, wondering what had hit it.

At first, there was fear that, given the predominantly rural setting of Africa, and given also the fact that awareness about the pandemic has been slow in catching on, the worst was about to happen.

The expected annihilation may not have happened on the scale feared in Africa, but the presence of the coronavirus in the continent has remained a huge cause for concern.

This is especially so for women whose case is further exacerbated by the very nature of African culture.

Incidentally, many of the recommendations given by health experts as to the required distance between people have of course to do with what makes life pleasurable.

Going by the above observation, one wonders how women will be able to stick to these recommendations, considering the roles they play in the society.

In Africa where there are basically no institutions that take care of the elderly and children with special needs, the challenge of taking care of them is dumped on the door step of women.

Women as care givers do not only take care of the young children at home, feed and bathe them, but also their husbands and their aged ones.

Even as the typical belief or culture of African women revolve around domestic chores, some of these women are also the breadwinners of their homes and so must go out to work to put food on the table.

African women are very enterprising, and this could primarily be put down to the prevalent poverty in the continent and the need to ensure the welfare of their families.

There are equally the full-time, stay-at-home housewives, although this class is shrinking by the day as, increasingly, women in Africa perceive the need to get involved in fending for the family.

In this attempt to examine women entrepreneurship in Africa today, we will look closely at the Nigerian situation.

With regard to enterprise, Nigerian women can be spread into four categories.

The first group is the full-time housewives, the stay-at-home housewives. As the name implies, these women simply stay at home to take care of the family, raise the children and generally run the home, while the husbands go out to earn a living.

Most of them are to be found in the northern parts of the country, mainly due to religious constraints since, by reason of their religion, they are not expected to mix very freely with the public, among whom there usually a lot of males.

This set of women is no longer as large as it was in the recent past as the increasingly dire economic conditions faced by most Nigerians make it necessary for more hands to be on deck in providing for the family.

Simply put, staying at home and waiting for the husbands to, as it were, bring home the bacon, is becoming less attractive by the day. It is a luxury that most families can ill afford today.

A second category is the petty traders and the subsistence farmers. This sub group is the most prevalent in our society. They make up the bulk of women in Nigeria and are found in far flung parts.

Nigerian women are so focused, so family-centric, that even when they go to toil in the farm for the family, they would still come home to cook for everyone.

Women farmers may be the predominant group, but one class that seems to be surging recently is those engaged in petty trading.

There is hardly any part of the Nigeria, especially in the lower geographical half of the country, where you do not find women engaging in some form of trading or another.

In most communities it is common to see women displaying their wares just about everywhere you look.

Usually, you see just a few items – confectionaries, food items, soup condiments, and the like. But they know how far revenue from such efforts go in supplementing what the men bring home at the end of the day.

There are also other market settings which are generally dominated by women. These markets vary in size – from just a cluster of a few roughly constructed huts, to extremely large, well-organised and thriving markets that play host to thousands of traders, the majority of them, women.

Let us not forget also the working class women that abound in the civil service and in private concerns.

A lot of women have built very successful careers in the public service and they, too, deserve accolades for contributing in steadying the ship of the Nigerian state.

It has actually been proven, over time, that women have shown a rare dedication and conscientiousness in the discharge of their responsibilities, such that are now much sought-after in many organisations.

They have also, by this dint of hard work, succeeded in climbing to the highest reaches of such outfits.

These women, however, are among the few who were privileged to have been highly educated and exposed to opportunities that got them to where they are today, leaving the majority of the non educated petty entrepreneurs to struggle daily to make ends meet.

Some of such women are Hajiya Bola Shagaya, an oil and real estate magnate, Uju Ifejika, and arguably the most prominent of them all, 65 year old Folorunsho Alakija, who found her fame and fortune in the oil and fashion industries.

And a truly heart-warming proportion of this is made up of women.

All told however, the problem of Covid-19 has impacted rather heavily on Nigerian women, especially the rural dwellers, and just made their efforts to make ends meet more onerous.

It is therefore unimaginable that social distancing could be practiced here by majority of Nigerian women entrepreneurs.

Some of the women are stuck with men, some of who actually think that the coronavirus is an excuse by the governments to siphon public funds.

These men will always demand for sex from their women, even when they are sick, and of course there are also the factors of culture and religion, and so to them, #Social Distancing is not applicable.

Sometimes culture and religion give the women no chance of objecting and they are therefore forced to succumb to their husband’s advances, which sometimes come in the form of commands.

While #Social Distancing is part of prescribed ways of curbing the spread of #COVID-19, it is nonetheless going to be very difficult for some women trying to go about their lives to stay healthy while still carrying the burden of the people around them.

Most women interviewed lamented that their religions and culture have put much burden on them as women.

This has caused many of them to cast around for excuses on the back of indoctrination, almost amounting to brainwashing.

Hajia Fatima Muhammad, a Civil Servant jokingly asked, ‘how can I observe social distancing when my husband will not keep away from me?’

Her religious and cultural beliefs made her feel that women are not supposed to have a say in such matters.

“If he gets infected and still wants to sleep with me, what do I do since I cannot say ‘no’ to him”?

When asked why she would not deny her husband sex until after the pandemic is over to focus on her business she said: “My religion and culture forbid that’’.

Mfon Effiong, a business woman angrily responded, I am a nursing mother, how do I breastfeed my baby?

“I heard more men are infected than women, and more women survive than men even though we still sleep with them and exchange bodily fluids.

“Besides God has seen the burden we carry as women and has thus given us strong systems. I will not be infected in Jesus name,’’ she declared.

From the foregoing, it is clear that the incompatibility of social distancing and the desire to drive women entrepreneurship in Nigeria, and indeed other African settings, is a quandary to most African societies.

There is no easy way out of this predicament and the real or perceived inequality in the society does not help matters, either.

It is therefore clear that the government organs responsible for public education, have their work cut out for them.

More than anything else, there is an urgent need for a much more aggressive grassroots education to let them know that it is about their health, and that of everyone around them.

Entrepreneurship in Nigeria, especially among women, will be the better for it.

FG Searches For Maina In Niger Republic and US