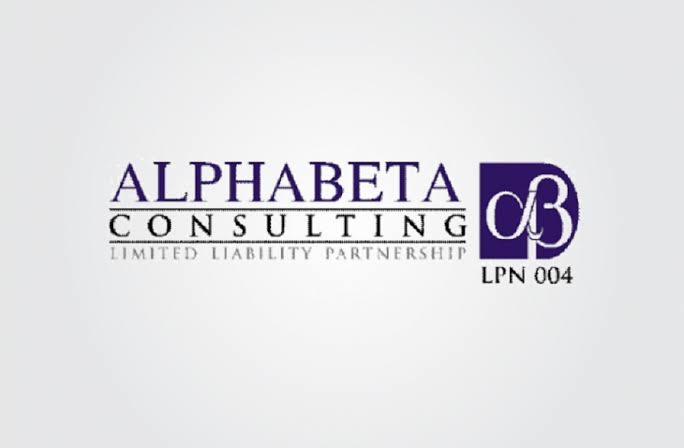 In a few years time, I will, by the Grace of God, attain the biblical three scores and ten years age-wise. However, only twice have I witnessed in Lagos a crisis and carnage in the same proportion experienced last week.
First, I want to commiserate with the families and friends of those who lost their lives during the protest whilst wishing those injured a quick recovery.

The traumatic experience of last week is my motivation for writing this piece which is intended to caution political mis-informants and promoters of falsehood whom we should all be wary of and collectively condemn so that their unholy acts do not precipitate another crisis and carnage. Mis- information or falsehood instigates agitation with un-progressive and dire consequences.

Therefore, I have over the years developed the habit of conducting investigations on sensational news items or headlines in order to determine their veracity and consequently mould my decision or opinion on such issues. It is with my experienced investigative aptitude that I decided to focus today on the controversy surrounding the Lagos State Revenue Consultancy Firm called ALPHA BETA and ascertain the factual correctness or otherwise of the aspersions cast on the company.
There have been multiple written attacks on Alpha Beta.

The first, by a “Dr.” Bolaji Akinyemi who alleged that Alpha Beta is a conduit and in one paragraph stated the Firm is paid 10% commission of Lagos State tax revenue but only to state in the following paragraph that it is 15%. However, I would not delve into that as it has been thoroughly addressed by Dr. Akanni, a public affairs analyst in his subsequent article in which he described the self-acclaimed “Dr.” Bolaji Akinyemi’s statement as falsehood from an intellectually- ignorant Farmer with an unknown educational qualification whose stock- in- trade is mis- information conceived to satisfy the political or business interest of his paymasters.

The second, a group calling itself “The Concerned Lagos Youths” stated that Alpha Beta is paid N5Billion every month. My investigations revealed that the allegations is false and it is a mis- information as Alpha Beta’s commission varies per month and is computed monthly based on the Company’s verified contribution/performance to IGR for each month.

The third, Chief (Commodore) Ibiyinka Olabode George, the Atona Oodua of Yorubaland held a world press conference and claimed that he did not want to speak with any partisan badge but wanted to speak as an elder stateman and Atona Oodua of Yorubaland. Among other things, Chief Bode George said our Ethos and norms have broken down but he then went on to attack the person of Tinubu and followed by stating that Alpha Beta is a mysterious Company that has been collecting 15% of Lagos Tax Revenue and the company does not do anything to enhance Lagos StateTax Revenue but siphons trillions of Naira from the State coffers every year. He further stated that the State generates an IGR of N50Billion every month whilst N400Million is generated from the two toll gates daily.

As an investigative journalist, I embarked to unravel the veracity of these foregoing statements by the Atona (a person who leads others to the right path) of Yorubaland and found that Chief Bode George is actually Asina (a person who misleads others to the wrong path) of Yorubaland as he has mis-informed and misled not only the Yoruba people but all Nigerians and, indeed, the world by the many dishonest statements contained in his world press conference. Or how do we describe the actions of Chief George who at the commencement of the press conference said he would not be partisan but started by attacking Tinubu only for my investigation to reveal that Chief George has been obsessed with attacking Tinubu for the past 20 years.
If not because I am of Yoruba extraction and, therefore, respects Chief George as an elder in line with the dictates of our culture, from my findings, I would have described Chief (Commodore) Ibiyinka Olabode George as dishonest and misleading. Or how else would you describe a man who was “Landlord” in Kirikiri Prison for some years for contract splitting and inflated contracts as Chairman of Nigerian Ports Authority (Yes, the same Ports Authority that was burnt during the recent crisis and carnage) and who irresponsibly changes wives like one changes clothes – what moral justification does such a man have to guide or admonish anybody, especially the youths?
And now mis- informing Nigerians with easily detectable and illogical lies that Alpha Beta siphons trillions of Naira from Lagos State whereas the same Asina Bode George DISHONESTLY stated that Lagos State’s IGR is N50Billion per month (even though the average monthly IGR is about N35Billion) – Is N50Billion × 12 equals to NGN Trillions? Haba!!! Asina Bode George.
My investigation further revealed that his other allegations that Alpha Beta collects 15% of Lagos State Tax Revenue; that the two toll gates generate N400Million per day; that Alpha Beta does not do anything to enhance Lagos Revenue etc. are lies and mis- information conceived to re-ignite crisis in Lagos State specifically and Yorubaland in general.
Contrary to the lies and mis- information spread by Chief George, my investigation, supported by independent verification revealed the diverse resources deployed by Alpha Beta in executing their contract with Lagos State has over the years been critical to the accelerated growth of the State’s IGR and therefore resulted in the decisions of different Administrations in Lagos State over the years NOT TO CHANGE A WINNING TEAM – ALPHA BETA.

In addition to the over 500 quality staff members consisting of different professionals, Alpha Beta has provided complementary value added service to the State. Verified examples include but are not limited to:

Provision of products and services that help the government to capture data and bring more people into the tax bracket, automate billing and receipting for tracking and accuracy, reconcile accounts
Provision of database management support, reporting and analysis to aid decision making

Introduction of the first Electronic Tax Clearance Certificate in the state for taxpayers
Introduction of multiple channels of payment through strategic collaboration with banks, payment processors (PSSP, PTSP etc.) agent networks to ensure and aid convenient payment
Provision of interconnectivity between all the 50 Tax Stations and seventy three MDAs with wide area network (WAN) to aid online real-time communications and reporting amongst stakeholders
Development of the new tax administration system called (eTax) in collaboration with LIRS which enables online processing, brings more people into the tax bracket and increases the State revenue
Established a world class training center to train staff of LASG, collecting banks, agencies and MDAs on upgrades and continuous improvement of the system
Provision of value added customer service centers in nearly all the Tax Stations
Development of a suite of application for the tax revenue management of the Informal sector in conjunction with LIRS
Provision of automated revenue receipt through multiple channels as a verifiable proof of payment with security features to reduce errors and leakages, thereby promoting transparency and reliability
Provision of business advisory services to State Agencies leveraging research and data analytics to enhance policy development
Automation of major MDAs business processes to save costs, improve performance, eliminate manual processes and achieve seamless integration with centralised payment systems
Provision of IT equipments to support MDAs such as computers, printers, laptops, office appliances, internet connectivity, etc. to aid operations
Provision of logistical support for MDAs such as vehicles, support staff, fuel, training manuals, repairs and maintenance, etc. to enhance the quality of service delivered
Provision of an executive dashboard and report builder for senior management to enhance reporting and decision making
Corporate Social Responsibility initiatives that support Micro, Small and Medium Enterprise (MSME) Entrepreneurs in capacity building and scaling their business which leads to the economic development of the State

It is therefore not surprising that Lagos State in 2020 has significantly grown development-wise from what it was in 1999 (before Alpha Beta was contracted to manage the IGR) with now qualitative rapid expansion, galaxy of quality infrastructure, modern social services and phenomenal growth in commerce from which the neighbourhood of Chief Bode George in Victoria Island is a beneficiary, business-promotion urban renewal of Lagos Island, the world- class Lekki City, as well as the construction of two modern bridges and a general hospital in “Dr.” Bolaji Akinyemi’s Agege and many other modern developments highlighting the rapidly expanding landscape of Lagos State.
Of course, the obvious catalyst for these rapid developments and mordenisation of Lagos State which has now placed the Economy of the State fifth in Africa and home to over 21 Million people is the accelerated growth of the State’s IGR powered by the silent ALPHA BETA.
Finally in order to ensure that the foregoing development of Nigeria’ s and, indeed, West Africa’s Commercial nerve-centre is not further destroyed, Chief Bode George and his cohorts should without further delay be arrested for dishonestly inciting people into another crisis and carnage as well as investigated as a suspect for sponsoring the recent carnage in Lagos State.

GOV. MATAWALLE TO EXPLORE WAYS OF COOPERATION WITH THE IAEC OF REPUBLIC OF TOGO