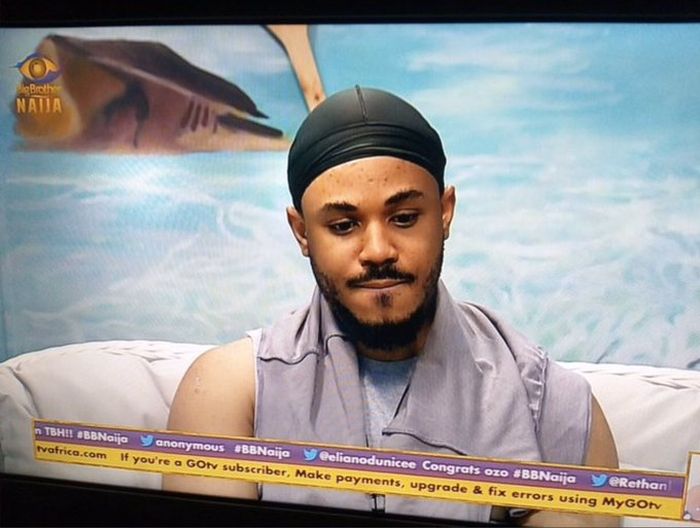 The 2020 edition of Big Brother Naija is coming to an end in two weeks and it keeps getting interesting. As interesting as it is, the show has also brought suspense and surprises to the viewers.

Just last week, one of the most talked about housemates, Erica was disqualified for breaking the rules of the house after she got drunk in the Saturday party, this led her to saying lots of things that is against the rules of the Big brother naija house.

One of the reasons behind her disqualification includes her lover, Kiddwaya, two of her strikes were gotten during the time she was with him, they were caught flipping at the camera.

However, it seems another housemate is set to walk in that path of disqualification if care is not taken, maybe this year’s BBNAIJA will set a record of seeing two popular housemates getting disqualifief.

The housemate is OZO, very popular, intelligent and handsome but the way Ozo is going in the house, he might end up going down all for the sake of love.

It is no more news that Ozo is almost obsessed with Nengi, a beautifully endowed housemates who has rejected him times without number.

Ozo has gotten two strikes from Biggie after he was caught writing a love letter to Nengi, also, microphone infringement and whispering, He is just a step away from getting disqualified, if he does another thing.

Ozo, over the weeks has proven to be persistently in love with someone who doesn’t love him back and doesn’t even hide it but it is unfortunate and sad that He has lost focus of the game and can’t even save him self from the impending danger.

Just yesterday, Nengi told Ozo not to lose focus on the game, as she hasn’t lost focus and that she doesn’t want a situation whereby she will be the reason behind his disqualification.

Ozo is too addicted to Nengi to be careful of not going against Biggie’s rules. Its highly possible that he whispers again, or engage in worse thing, he should also be strongly adviced against taking alcohol today because it might just give him courage to forcefully kiss her, or do worse things.