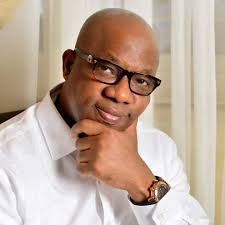 The embattled winner of the Ogun state controversial primaries, Dapo Abiodun has really been silent for some weeks after he was accused of submitting two conflicting certificates during 2015 election and the 2018 primaries. This has brought about mixed feelings in the state and the country as a whole especially for the fact that he has portrayed himself to be the most ‘clean’ governorship candidate in the state.

Before now, Dapo Abiodun has always been seen as one who look for crooked ways to get favorable results for himself. During the primaries, It would be recalled that Dapo Abiodun and his foot soldiers gave it all it took to ensure victory. They stole the people’s mandate, destroyed a lot of things, prevented people from voting, made some people lose their lives and so many unprintable things, hence, this latest development wasn’t surprising to some but it was belittling for someone of that calibre.

Infact, According to some earlier reports by a trusted source, Dapo Abiodun becoming an oil mogul wasn’t business as usual,it was also through crooked ways. He was a beneficiary of the former minister of petroleum resources,

Diezani Alison-Madueke’s loot and this made it easy for him. It would also be recalled that he was accused of having an affair with the former minister since she was a minister of transportation during the late president Umar Musa Yar’Adua’s tenure.

Furthermore, after the certificate issue came up,a lot of people have called for his replacement and annulment of the election that brought him in as the candidate of the APC. The court has also ordered INEC to cancel the election likewise IPAC,
The Inter-party Advisory Committee that gave him 48-hours to respond but up till this moment, he is yet to respond.

His silence is however alarming,for a governorship candidate with so many controversies not to respond to one of the most damaging scandal that has destroyed a lot of political careers, it’s obvious that he has become so powerless and not even the several endorsements can help him out.