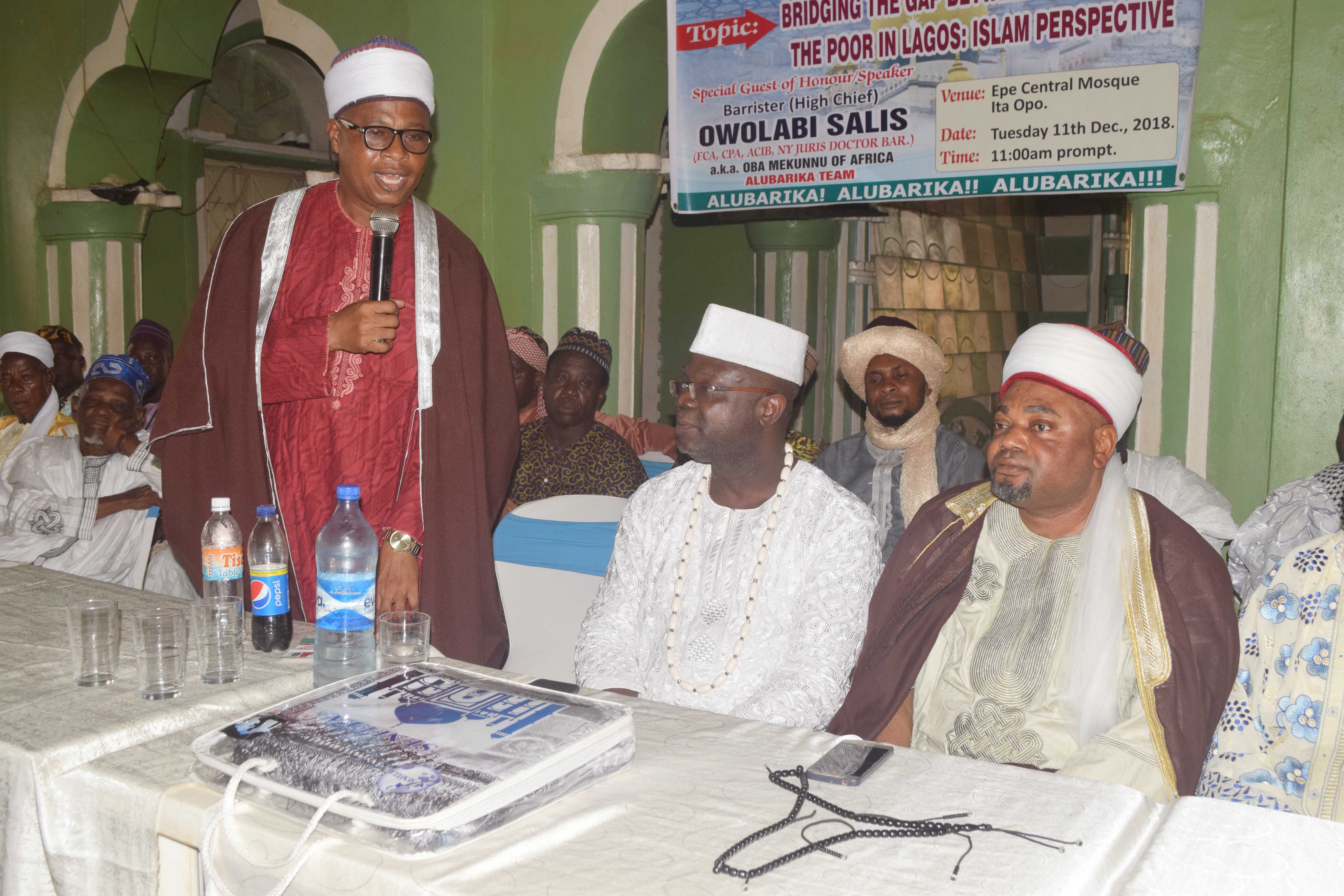 The council of Imams in Epe division of Lagos has endorsed the Lagos state governorship candidate of the Alliance For Democracy ( AD), High Chief Owolabi Salis as the next governor of Lagos state come 2019.

The event was well attended by the muslim clerics, market women, traders, and the residents of Epe who amidst joy received Owolabi Salis upon arrival.

While speaking to the congregation, High Chief Owolabi Salis stated that he isn’t contesting for his personal gain but for the people and to make it come to pass, the people needs to join hands with him to conquer the monopoly of power in Lagos state.

He stated that as someone who is seen as ‘King of the poor’, he has experienced several cases of brutality to humanity, cases of injustice and has seen how poor people have become due to governance in the state.

He made it known that he is angry because the money that is meant to be circulated into the economy to make life easier for people is being looted by some individuals in the state, used to acquire properties for personal gains.

After stating all the ills, he explained that everything needs to be put to a drastic end in order for the state and the people to progress.

It should be noted that ever since his awareness begun, the slogan has always been ‘The People VS the Individual’. This explains his main objective isn’t for selfish gains, but to liberate the people from the hands of an individual who has held to the key of power in Lagos state

Furthermore, he said he has started door to door campaign so as to know the needs of the people, added that he remains the man to beat in the governorship race of Lagos State.

“I am not just a candidate for AD, I am a candidate for the less privileged in APC, PDP and other parties and together we are going to rescue power from the hand of individuals and give it to the masses in the state.

“Most of those contesting for the seat of Lagos state governor are zero -focused in terms of the masses need but I am going to deliver Lagosians from slavery of poverty, lack of good shelter, education and other pressing challenges facing the people in the state,” he said.