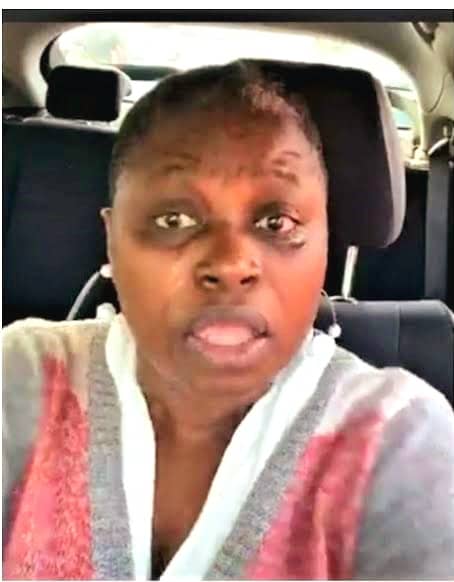 The Royal Court Of Justice in the United Kingdom has thrown out the application of UK-Based Vlogger, Maureen Badejo to appeal a judgment against her in favour of Mountain Of Fire Ministries (MFM), Dr DK Olukoya and Mrs Folashade Olukoya.

Maureen Badejo had continually laid several defamatory claims and unfounded allegations against MFM, Dr DK Olukoya and his wife for the past two years and in response, the general overseer of the ministry sought legal means to curb her falsehood which she was found guilty of by the court.

After finding her liable for defamation and character assassination, the court in England awarded damages of about 100,000 Pounds against her to be paid to the Olukoyas.

Since the judgment, Ms. Badejo has been running from pillar to post, blaming her own lawyer for her defeat, and eventually applying for leave to appeal against the decisions.

Frantic efforts by the London-based Vlogger Maureen Badejo to escape or delay the consequences of her defamatory broadcasts against Dr. D. K. Olukoya, General Overseer of Mountain of fire and miracles ministries MFM and his wife Dr Folashade has suffered a crushing defeat, as the High Court sitting at Strand, London has refused her leave to appeal.

In his signed judgment on the 13th day of September 2022 the Honorable Justice Lavender sitting at the Royal Courts of Justice, Strand, London refused Maureen permission to appeal, describing her application as “totally without merit” His Lordship also barred Ms. Badejo from requesting a reconsideration of its order.

In providing the reasons for his decision, the Judge observed that no reason for extension of time to appeal was canvassed by the applicant just as no arguable ground of appeal had been identified.

Describing Ms. Badejo’s proposed grounds of appeal as “BOTH HOPELESS AND POINTLESS”, His Lordship concluded by pointing out that no useful purpose would be served by her proposed appeal.