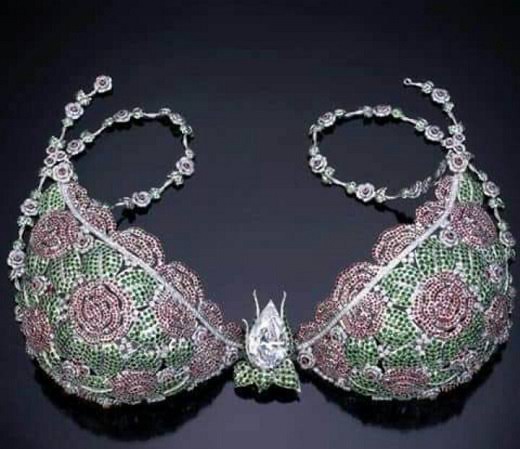 Chairman, Economic and Financial Crimes Commission (EFCC), Mr Abdulrasheed Bawa, has clarified that there was no diamond bra among items seized from a former Minister of Petroleum Resources, Mrs Diezani Alison-Madueke, set to be auctioned by the Federal Government.

Trixx NG learnt Bawa made the clarification while participating on programme on Your View, TVC on Wednesday, declaring that if there was anything of such, he ought to know being the lead investigator who investigated the former minister.

While informing that the government was yet to auction the properties including jewelries seized from the former minister, Bawa said the diamond bra was a social media creation.

“Government has not sold a single property recovered. We are working towards that. You have accused us several times of media trial but I think it is good to be fair to everybody all times.

“This case is a two-way thing, there was nothing like diamond bra; it is just a creation of social media. I can tell you that for free because I am the lead investigator. I am not aware of it.

“If there is something like that I should know because I led the search and all of that. It is one of the things I mentioned to you that is one of the biggest problems we have is our attitude, we need to change for better,” Bawa said.

Related Topics:DiezaniEFCCMarwa Bawa
Up Next