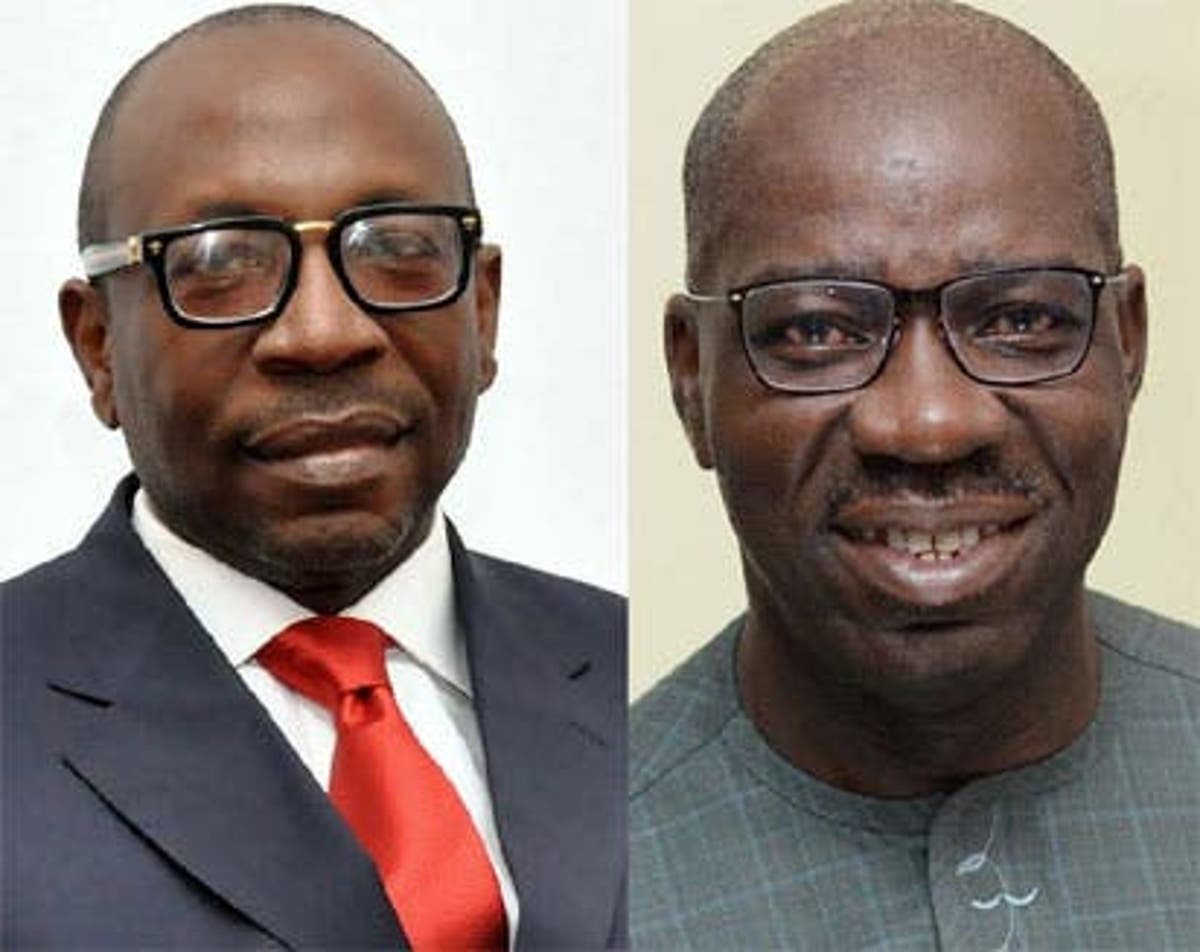 As the election date in Edo comes closer, the tension keeps getting more. The election is slated for September 19, 2020 in Edo with APC Candidate, Ize Iyamu and PDP Candidate, Godwin Obaseki being the major contenders.

Many prophets have given their prophecy about the election outcome and who wins the election, though it is mixed. Some are saying APC Ize-Iyamu will win the election while some said PDP’s Obaseki will return as governor in the state.

‘’I have said what God has revealed to me on that. But if there’s anybody claiming Obaseki will win, let’s wait and see what will happen when the time comes. All I know is that Obaseki will lose out in the election unless it’s rigged in his favour, Does this mean if Obaseki wins, He was rigged in?

‘’ I told Obaseki that if he decamped to another party, he would fail. Ize-Iyamu is the candidate to beat. I don’t know how Obaseki will win the election because the election that produced him was stage-managed. They manipulated the election against Ize-Iyamu. You see how God is doing things. The same Ize-Iyamu that they blackmailed is the one they are bringing on board again. So Ize-Iyamu is the next governor’’ Does this mean if Ize-Iyamu wins, He was stage managed?

‘’ “Governor Godwin Obaseki will be highly betrayed, most of the people he relies upon will leave him at the last minute. Violence will match with violence and money for money but at the end, the APC will win the election.”

However, one of the prophecies that has drawn the attention of many is that of Primate Elijah Ayodele., the leader of INRI Evangelical spiritual church who had been prophesying about Edo election since march, long before the primaries.

Infact, since 2018, Primate Ayodele had said Godwin Obaseki will have serious issues with Adams Oshiomhole about his second term as governor.

In march 2020, Primate Ayodele foresaw that Adams Oshiomhole wants to ease Godwin Obaseki out of the APC Primaries, which of course happened, we all know the story of how Obaseki was denied ticket in the APC Primaries before he decamped to the PDP where he clinched the governorship ticket after much ado.

After this happened, Primate Ayodele prophecied again that Godwin Obaseki will become victorious in the election but gave a clause ‘except there is serious manipulation’

‘’ People are supporting Obaseki but those people might not vote, He needs to be rugged else he will be eased out, if he takes any simplicity method, He will lose out.

They have already prepared the manipulation process to ease him out, he shouldn’t be carried away by the crowd he sees at the moment, He needs to work against the manipulation technically and pack his arsenal together to battle against APC and Ize Iyamu’’

The question is what is manipulation? Manipulation is an act of controling or influencing (a person or situation) cleverly or unscrupulously.

Manipulation has occurred since thugs started going to the houses of opponents with arms, threatening several opponents.

It is also worthy of being noted that in Obaseki’s cabinet, there has been a very strategic decamp to the camp of the APC, in order to manipulate Obaseki’s victory.

Also, with the invasion of the Edo state assembly months ago, and plans to impeach the governor, is that not manipulation already?

As it stands, the prophecy on manipulation has come to pass, hence, for victory, Godwin Obaseki needs to seriously work against the manipulations in every way else, the unexpected may happen.

How can Godwin Obaseki overcome this manipulation?