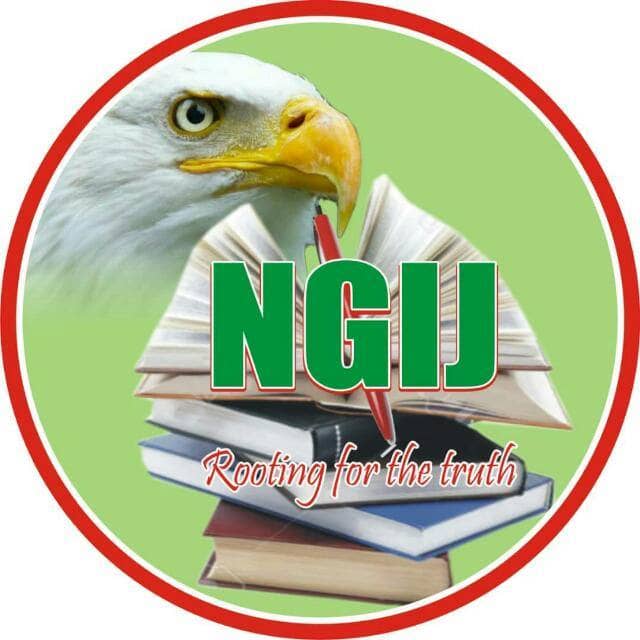 The Nigerian Guild of Investigative Journalists, NGIJ has express sadness over the recurrence EXTRA JUDICIAL KILLINGS by security agencies most especially, the Nigerian Police.

NGIJ, after a monthly Strategic Meeting held in Lagos recently appraises news of abuse of fire arms, abuse of powers, police brutality and unprofessional conduct being exhibited by men and officers of the Nigerian Police against the good citizens of the country and calls on the President Mohammadu Buhari led government, the judiciary and the police authority to ensure an end to extra judicial killings in the country.

Oki Samson, Publisher of TREK Africa Newspapers and NGIJ Vice President in a statement made available to newsmen after the LAGOS STRATEGIC Meeting of the Guild stated that “ from the avoidable death of Ada Ifeanyi, Kolade Johnson, the unfortunate incident of actor Lanre Adediwura and singer Viktoh to the trending video of a police officer smashing N200,000 worth IPhone, the activities of the police over land crisis in Lagos and Ogun state that has attracted condemnations from the judiciary and civil society groups; these uncivilized and many other abuse of police powers demand immediate and aggressive response by government at all levels.

Oki added that “today, the sight of a police officer send shiver down the spine of Nigerians instead of instilling confidence in their hearts of the citizens. Individuals that are supposed to be protectors have turned opponents, allies have become adversaries, and ‘friend’ have turned outright enemy”.

NGIJ decries “the devious manner in which unscrupulous elements in the Nigerian Police are executing its statutory duty recently, stressing that it is incomprehensible that a young promising Nigerian was murdered in cold blood after watching a football match in the viewing centre, a pregnant woman was battered, youths are injured because they are donning necklaces, bus drivers are beaten for not parting with cash, bike riders are arrested unjustly amongst other flagrant abuse of human rights and attempts to extort innocent Nigerians: such is the litany of the heinous affairs of some elements in the Nigerian police”.

Oki added that “NGIJ has set up a ten (20) men committee to monitor closely the prosecutions of the reported cases of extra-judicial killings by the security agencies.

The group observes that, the occurrence is prominent among the Special Anti-Robbery Squad, SARS since they have refused to obey IGP orders that compel them to be wearing their uniforms.

Nigerian Guild of Investigative Journalists, NGIJ call on the Acting Inspector General of Police, Abubukar Mohammed Adamu and the Police Service Commission to urgently find a lasting solution to this breach of the law.

“Emotional intelligence as a globally accepted skill required for career progression and personal development in the 21st century is fast gaining traction in private institutions in the country, the public service especially the entire security architecture must embrace it. There is no cogent reason why the Nigerian Police should not adopt this all-important competency in its set-up. The top echelon, middle level and rank and file of the policing system must be equipped with this powerful weapon called emotional intelligence”, Oki stated.

NGIJ added that “the reward and discipline system of the Nigerian Police ought to be looked into. The force should note that none of its good works will be noticed and commended by the citizenry because the activities of erring officers will keep putting the entire apparatus in the bad light. Hence, promotion, demotion or dismissals should be conducted with accurate scrutiny. No case of inhumane behaviour must be swept under the carpet. We therefore, recommend strict punishment according to the Constitution of the Federal Republic of Nigeria to any erring police officers”.

“Conclusively, the recruitment into the Nigerian Police require due attention. Young, vibrant and innovative minds should be infused into the police set-up who will employ creative and affable ways to handling crises. To maintain law and order requires men and women who are both calm and firm in a tense situation”.

“The security atmosphere in the country is currently supercharged. It is anathema for police officers who are not in the right frame of mind to brandish weapons in the society only to claim ‘accidental discharge’.

All hands must be on deck. Let’s save Nigeria from trigger-happy officers”, NGIJ warned.

Nigerian Guild of Investigative Journalists (NGIJ) – …rooting for the truth!

Heaps of praises,  Appreciation as JB gives out hundreds of I Care bag of food