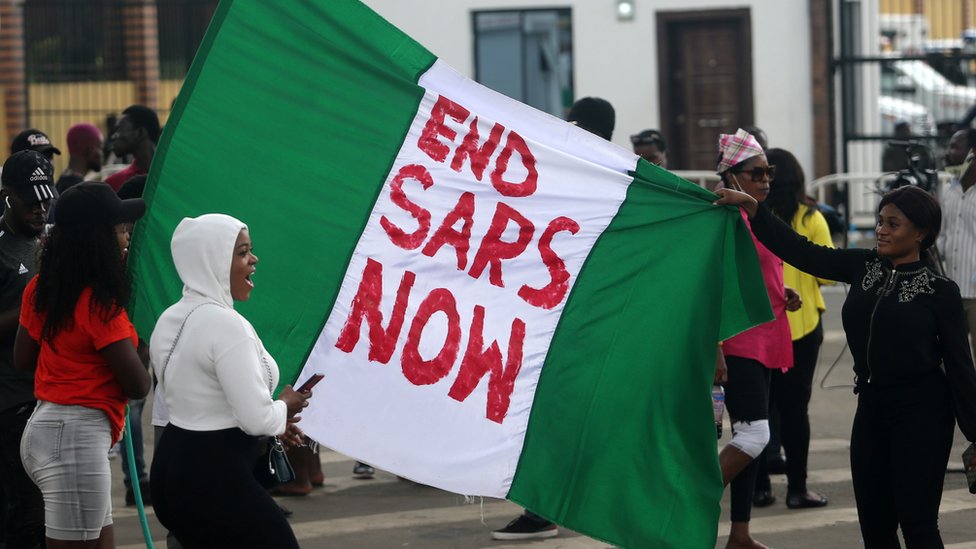 TRIXX NG reports that the trend #ENDSARS that most likely led to the ban of twitter in Nigeria has started trending again.

This is coming just few hours after President Buhari lifted the ban which has been on for about seven months.

#ENDSARS trend came about as a protest against police brutality in nigeria. The protest reportedly led to the death of youths that protested at the lekki toll-gate on October 20, 2020.

The management of twitter took sides with the youths to fight police brutality and this led to the anger of the federal government against the micro-blogging site, thereby leading to its ban.

Read some tweets on #ENDSARS currently trending on Twitter

A lot is being done by some of the leaders of #Endsars protest. They are putting in the work and not just sitting down saying things will not work.
I am in awe of their work. https://t.co/66FstRn18B

I have been inundated with calls to react to Tinubu’s Presidential declaration. Well, I dont react. I respond at a time and date of my choosing. And when I’m ready, I will talk on why a man involved in the #LekkiMassacre of peaceful #EndSARS protesters is not fit to be President!

Governor Seyi Makinde stood with us, not just during #EndSARS but also during the Twitter ban.

Go get your pvc. The only way to give honor to the #EndSARS victims is to vote out anything that has to do with Buhari#2023generalelections

I humbly move the motion that we unfollow enmass those bootlicker media houses that comply with Buhari’s Decree 4 on Twitterban only to resurface today.

Retweet till the #EndSARS patriots take note of this clarion call.#KeepitOn