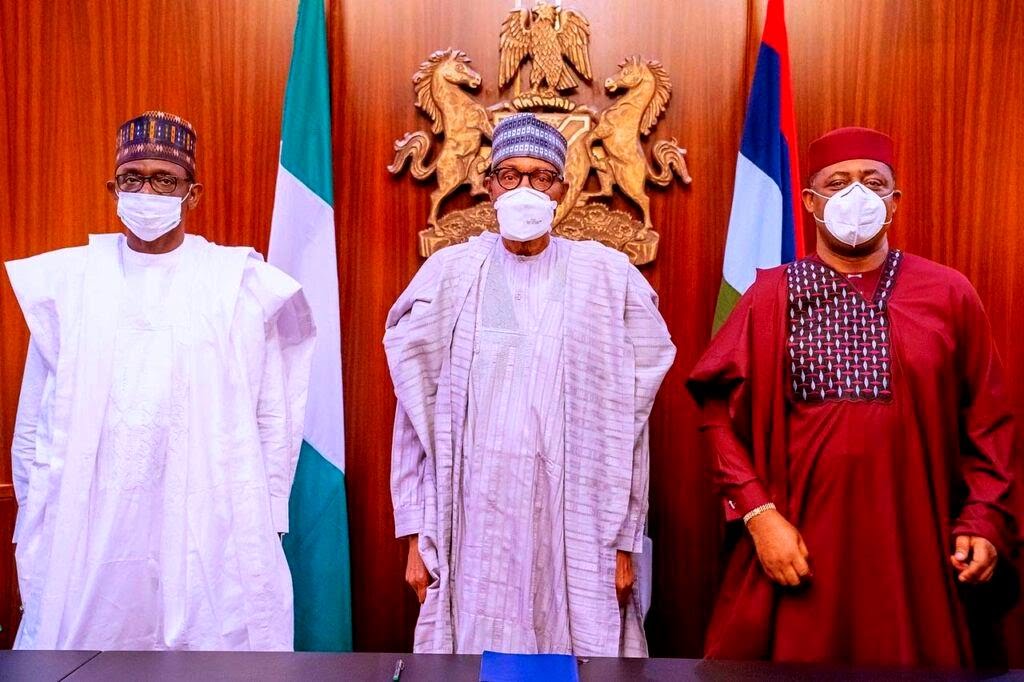 A former Minister of Aviation, Chief Femi Fani-Kayode, who defected to the All Progressives Congress(APC) from the opposition Peoples Democratic Party (PDP) may emerge as the National Publicity Secretary of the ruling party at its next national convention slated for between November/ December this year.

Sources last night informed Sunday Telegraph that aside that, the former minister has been confirmed to have earned an automatic waiver even as a pro-north political pressure think tank has secretly made Fani-Kayode its National Coordinator ahead of the 2023 presidential race.

The former minister was presented to the president in Aso Rock by the chairman, APC Extraordinary and Convention Planning Committee, Alhaji Mai Mala Buni and the Governor of Zamfara State, Bello Matawalle.

It was gathered that prior to the new thinking in respect of national image maker for the ruling party, some close allies of the President had already pencilled Fani-Kayode as National Coordinator of a think tank, the National Consensus Project, (NCP).

Among others, the NCP, ostensibly bankrolled by close allies of the President from the North, has its focus on five key areas as follows: building national consensus and harmony, deemphasising rotation and zoning in the polity, enlightenment on the possible backlash of laws and policies aimed at shutting out target groups, generational shift in leadership and social and economic rebirth.

The Source said the lot to install Fani-Kayode as party spokesperson is a later thought and it is coming amid reports that, among others that one of the conditions given by the former minister to join the party was that he should be positioned “strategically” to play a crucial role ahead of the 2023 general elections.

It was unclear as at press time, where the various positions in the National Working Committee of the APC would be zoned ahead of the national convention.

It was, however, gathered that a trusted member of the president’s kitchen cabinet(a serving minister)and three northern governors are behind the plot to impose Fani-Kayode.

A source close to one of the governors in the know of the plot confided in this medium that already, the Osun State governor, Gboyega Oyetola, has been contacted to clear the way for the emergence of Fani-Kayode as a national delegate in order for him to be eligible to contest the position at the national convention.

“From all indications, the real game appears to have commenced with Fani- Kayode on board because it is likely to change a lot of things.

Our narrative will change with regards to party image. “We know those are sponsoring all those negative things about the man regarding what happened on Thursday; they never expected it. It came like thunder on them. “Whether we like him or not, there are certain qualities Fani-Kayode possesses that can be positively deployed especially in terms of perception and image building.

“One of the areas where our party had faltered before his defection to us was media and public affairs management, which we believe he can best manage as we approach 2023.

“You all know that the opposition PDP is planning to heap a lot of lies on us and we are ready to face them with facts in a more decent and coordinated manner that cannot be relegated to second position. Fani-Kayode is up to the task.

“So, there is nothing wrong in bringing him on board to salvage a situation at hand because he fits it honestly.

Even though we are aware he is just a new joiner, our NEC decision on waiver for fresh members has automatically cleared Fani-Kayode. “Already, we are working on the governor of his home state to see what could be done to make him a national delegate so that he can be made our national spokesperson at the November convention,” he said

Just In: 17 Political Parties In Delta Endorse Atiku For President Ahead Of 2023 General Election