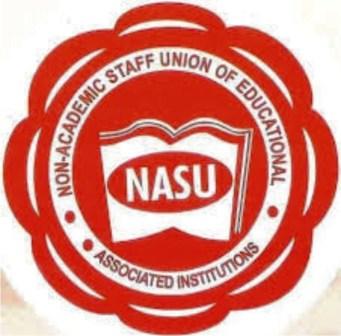 …The Candidates of the Non Academic Staff of Universities NASU, Federal University of Agriculture Abeokuta FUNAAB has condemn the representative of the national body in the purported election, demand for justice over the undemocratic disqualification of contestant from exercising their civic responsibility during the last election.

According to investigation made by Nigerian Guild of Investigative Journalists NGIJ over the week by Comrade Solanke Ayomideji Taiwo (Amebo Online Newspaper) , Oladipupo Michael (Alariya Oodua) and Obadimu Adeyemi (NewsExtra Online) on the Non-Academic Staff of Universities NASU, FUNNAB chapter election which was marred by irregularities by the electoral committee headed by the national body representative which almost lead to rancorous moment as the members, contestants groaned, condemned the imposition and irregularities calling for a free and fair election.

Meanwhile, one of the contestant was made the caretaker chairman while other contestants from the same ,group also occupied the position of Secretary and treasurer of the committee as the union cannot be left in vacuum.

While visiting the Director of Information to the University, Dr Nwoka she made us to understand that there is no crisis within the union but she can only say they are having family issue (rancor) as it is expected by any successful association.

The Guild meet the members of the union to hear their reactions towards the cancellation of the election via oral interview as the Chief Security Officer of the University said we cannot disrupt the staff with our interview but we can wait for them to close from work which we chose oral interviews.

One of the members of the Non-Academic Staff of University NASU, Mr O. S. Oyenekan said there was no election based on the fact that almost all the members refuses imposition of candidates on the union which the member refused.

“The National body came to the University three weeks to the election on the platform of the congress to read guidelines to the contestants, only to hear another news that three of the contestants have been disqualified on what they call anti-union activities without any explanation to all the contestant after challenging the national body for clarification, which the members rejected outrightly…. we want free and fair elections said Mr O. S Oyenekan.”

Meeting with Mr Charles Ogunmoloye, one of the contestant for the office of ex-officio, he said he was so surprised the national body of NASU sent him a letter on the 11th of last month notifying him of his disqualification based on anti-union activities which he said he challenged the union based on the NASU constitution.

“I asked the national body for clarification on the meaning of anti-union activities, because i was not served any query, no verbal warning, no invitation to panel if at all i practiced any anti-union activities in line with the NASU constitution… It is undemocratic to impose the contestants on the union as the caretaker committee after calling off the election that was supposed to come up by the representative of NASU national in connivance with some of our members said Ogunmoluyi.”

He called on the national body to wade into the matter as he described his disqualification as undemocratic according to NASU constitution.

Comrade Afaraitu Olayinka Tunrayo, former treasurer of NASU and one of the contestant vying for secretary of NASU, FUNAAB in the last election said there was no election based on undemocratic disqualification by the national body representative who was sent to conduct the election. She said any member found in any financial crisis, sue the association are not eligible but all these contestants were not involved in these afore-stated offences.

“The national body released thirty forms for the election which the contestants occupied all the twenty eight forms leaving only two forms behind for the position of the chairmanship, after which we received the notification of disqualification and the contestants in one of the team were imposed on the union to act in capacity of their contested positions which I believed is unethical and undemocratic said Miss Tunrayo Afaraitu.”.

According to the acting chairman Mr Edivri said only national can explain why the election was cancelled, all what he can say is that he is the caretaker chairman of NASU, only National knows better why they cancelled the election.

All efforts made to talk to disqualified chairman and Nasu National Secretary was not acknowledged as at the time of filling this report..