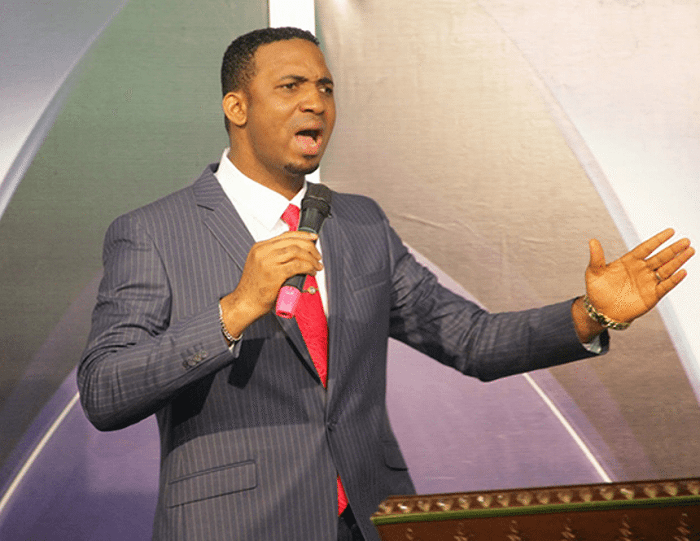 The atmosphere was blissful full with funs; the entire Greater Liberation City family was treated to a wonderful experience as the church holds its 2018 Christmas carol and suya night at the international headquarters of the church in ojodu Berger Lagos Nigeria on the 23rd Dec 2018. Also the Greater Liberation City Children were
not left out as Santa-Claus visit them with gifts to their delight.

There were lots of side attractions at the event which include rendition of Christmas carol song by the Greater Liberation City voice, Comedy segment with popular Nigerian comedian Acapilla and Mc sorosoro, Gospel music crooner Praise Machine is not left out, the event was a memorable one for all that witness the Christmas carol and
suya night.

Awards were also presented to Greater Liberation City workers in various categories by the Senior Pastor and the Generational Prophet of God Dr Chris Okafor, among whom was the best committed worker male, won by Mr. Henry, who head the technical unit of Liberation TV While encouraging the workers to be upright in whatever they do, the apostle of Altars Dr Chris okafor challenged them to see themselves as working for God and the mandate to win one billion souls into the kingdom of God and also depopulate the kingdom of Darkness, he said he
did not have any doubt about the commitment to duties of all the recipients while calling on all members to identify themselves with a sect group in the church saying if you work for God, God will in return remember you in whatever you do in life
Meanwhile the Oracle of God and the Apostle of Altars Dr Chris okafor has forgiven one of his lost sheep who had retrace his wrong step back into the church, the Generational Prophet of God said, himself and the church has forgiven Pastor Tony Obaseki, he said in as much as we offend God and he forgive, he has forgiven him and his family, also said he must practice was he preach he concluded