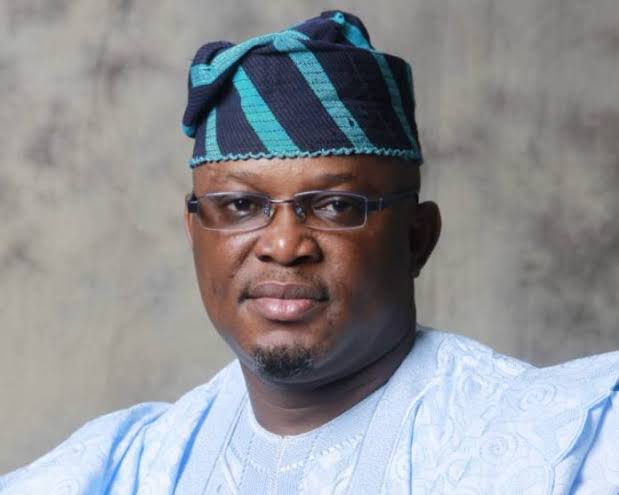 The Majority leader of Lagos state house of assembly, Hon SOB Agunbiade has cleared the air about a statement making rounds on the social media that He intends to share government palliatives on his birthday.

Hon. SOB Agunbiade who spoke during an annual constituency stakeholders’ meeting in Ikorodu described such statement as false and denied ever issuing such statement to the public.

Hon. SOB Agunbiade explained that on He had already planned to give out some food items on his Birthday which was on October 25, 2020 to his constituents as he has always done, and that He wanted to give N50,000 to 50 widows in his constituency, to commemorate his birthday.

According to him, He started buying the food items since August at his expense in preparation for his birthday but along the line, CA-COVID, an organization of private business owners who wants to assist the government in giving of palliatives to the citizens donated some items to the government to give to the people.

The government then gave it to house of assembly members in October to give to their constituents, and for Ikorodu, it was just 120 packs of noodles

According to him, the palliatives were supposed to be shared during the annual constituency stakeholders’ meeting  which was postponed indefinitely due to the protest that erupted in the state.

In his discretion, He decided to share it to his constituents alongside his birthday food items on his birthday but unfortunately, it was carted away by hoodlums who hijacked the peaceful protest following a misleading tweet

‘I wanted to give out food items on my birthday, there were not government palliatives, they were bought at my own expense.

While getting these, the government of Lagos gave us palliatives to share to our constituents during the stakeholders meeting that’s was supposed to hold but  was postponed indefinitely.

The palliatives were just 120 packs of noodles and it was designed and stated that its from Ca-COVID.

Since the program was postponed, I had the intention of sharing it on my birthday, alongside the things I had bought.

Unfortunately when the people came following the tweet from Anonymous, my people opened the doors for them, and they brought out the palliatives for them, as against the video on social media that they broke in.

However, after then, those who wanted to attack me personally came, vandalize My house, stole furniture, carted away my TV, took Quran, praying mats, shoes, emptied my wardrobe, they took my passport, my wife’s jewelry, bed foam, dishes, took my computer, some files that contained my certificates, they were armed with gun and machetes.

They went away with all my dogs, apparently they came with someone who knows about dogs

We made a release but it was edited by mischief makers, they called me, some threatened me.