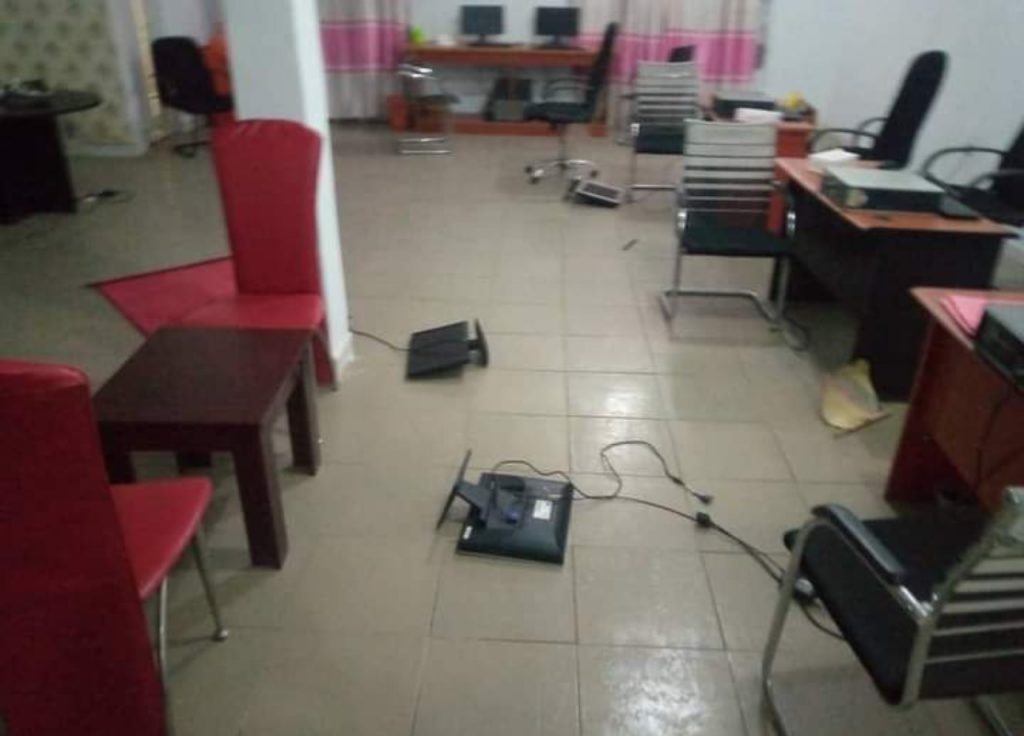 The Zamfara State office of an online newspaper/TV station in Gusau, Thunder Blowers,  was on Monday night attacked by armed thugs.

Trixx NG learnt that the attackers stormed the offices, injured a Multimedia editor, Mansur Rabiu, and destroyed some working tools.

In a statement signed by Zaharadeen Zarumi, for the management, the news organisation said the attackers said they were sent to “teach one of our staff a lesson.”

“They said they were sent teach one of our staff, Abdul Balarabe, a lesson. But he was not around when they came so they decided to descend on the staff present. A Multimedia editor, Mansur Rabiu, was wounded and had his phone taken away while another staff, Sulaiman Dan Aljanna, had his personal computer taken away,” the statement added.

The statement, however, highlighted that the organisation had no clue on who sent the attackers.

The police spokesperson in Zamfara State, Mohammed Shehu, did not respond to calls and SMS sent to him on the attack.