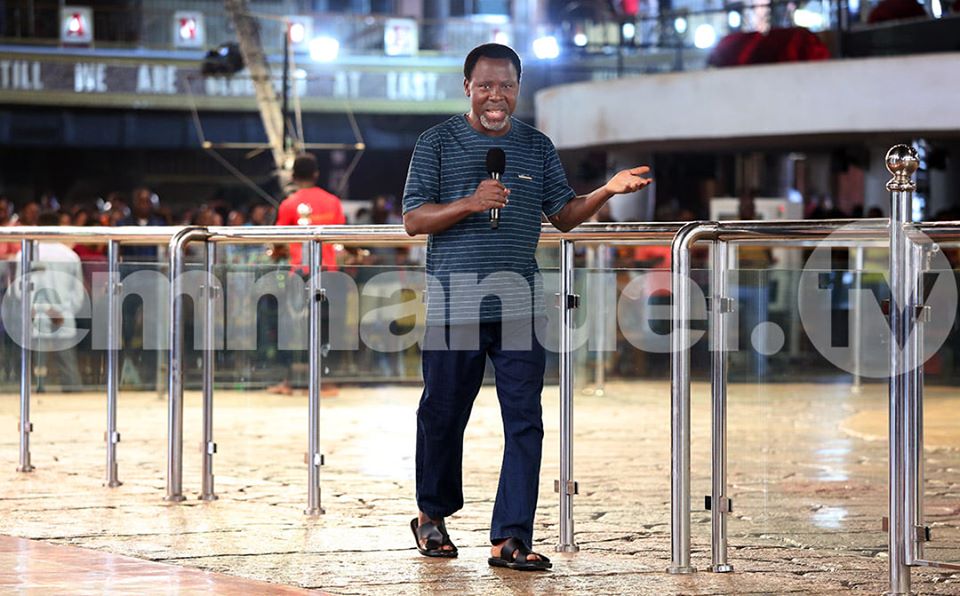 Prophet TB Joshua, the founder of the synagogue church of all nations (SCOAN) was surprisingly seen in his church wearing a polo, jean and slippers to preach to the congregation that cut across several nations.

It was indeed a moment that will be reflected on later by the congregation because arguably, the man of God is the most recognized Prophet in the country especially internationally. He has been invited to several countries just to pray, one of the recent is his invitation to Sudan to pray for the peace of the nation.

This has further confirmed the belief some have about the man of God that he is one of the most down to earth Prophet in Africa. Prophet TB Joshua can be described as the richest and most influential Prophet but he has never for once flaunted any of his property anywhere, either online or offline.

It would also be recalled that days ago, he was said to have run to the mountain to seek God’s face for what he has for the country and the world at large for 2020.

Prophet TB Joshua over the years has been known for his accurate prophecies, his philanthropic acts and his influence in and out of the country.

Christmas Celebration: Eze Felicitates Christians, Tasks Them to Imbibe the Teachings of Christ