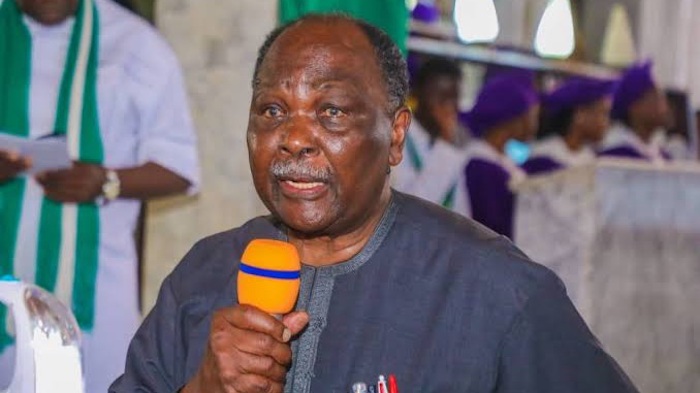 A former Nigerian Head of State, Yakubu Gowon, has denied an accusation leveled against him by a UK lawmaker of stealing half of Nigeria’s Central Bank.

It was earlier reported that Conservative MP Tom Tugendhat said in the UK parliament on Monday that the former Nigerian leader stole half of the apex bank and kept the loot in London.

But in an exclusive interview with the BBC on Wednesday, Gowon, who ruled Nigeria from 1966 to 1975, described the accusation made by the lawmaker as “rubbish and ridiculous”. The former Head of State noted that he served Nigeria diligently and his records are there for all to see.

Speaking further, Gowon asked the lawmaker to back his allegation up with fact, adding that he doesn’t know why Tugendhat made the allegation or who sponsored him to make such a claim. He noted that he would not want to speak further on the issue, noting that the allegation is false and baseless.

Recall that Gowon was overthrown while away in Kampala, Uganda attending a summit of the Organisation of African Unity. It was from there he moved to England to become a student at Warwick University where he studied Political Science and International Relations.

Watch out for unprecedented Massive Defection From PDP, Others, APC Tells Nigerians