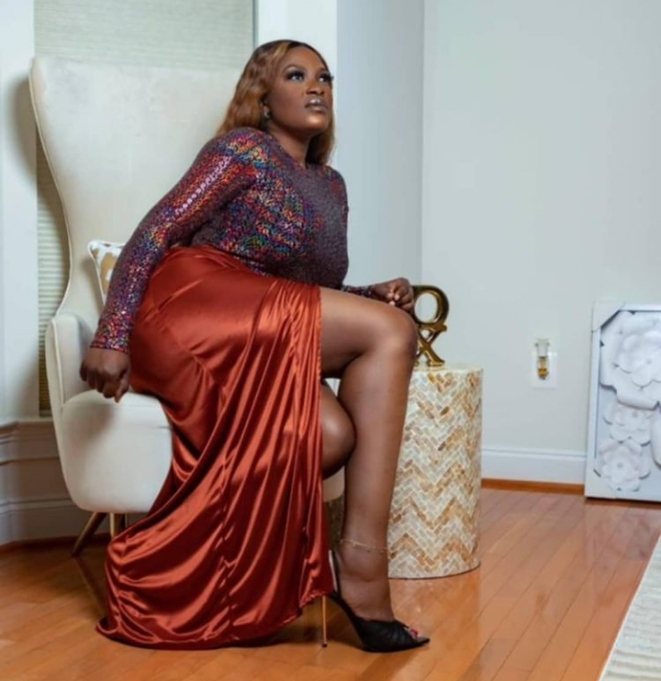 Trixx NG report that 2face Idibia’s first babymama, Pero Adeniyi has finally broken her silence on the ongoing crisis rocking the family of the singer.

Few days back, news made the rounds that the singer and Pero hooked up in Abuja after they were spotted at different hubs in the city.

Not long after that, some people claiming to be family of the singer took to social media to flaunt the entrepreneur and stating she is the only one they acknowledge as the ‘wife’ of the singer.

Pero who shares three children with the singer, however, for the first time, since the family crisis began, has spoken out.

In a post on Instagram, she revealed that a lot of people are waiting for the truth, which she is not ready to let out now and she is fine with naysayers spreading lies about the situation rocking her union with 2face Idibia.

Her words:
“….You are asking me to speak, If I told you my truth would you believe? Would you not poke holes in it? My truth is special to me, those that know me know the truth, that is all that matters. I will continue to guard it. Even the liar that started this madness knows the truth but needs the lie for relevance. Very soon, the truth will be out for all to see clearly, without a doubt, noone is invincible, so please continue to enjoy the lies, that is what you all thirst for anyway. Insults and dragging are yet to kill a person, no be today una don dey comment una rubbish, continue to drag like small gen, when hand pain una, una go stop.”

BBNaija Star, Angel Cries Out Over Alleged Death Threat On Her Relationship Status

Just In: Another BBNAIJA Housemate Lands In Hospital Over Undisclosed Ailment