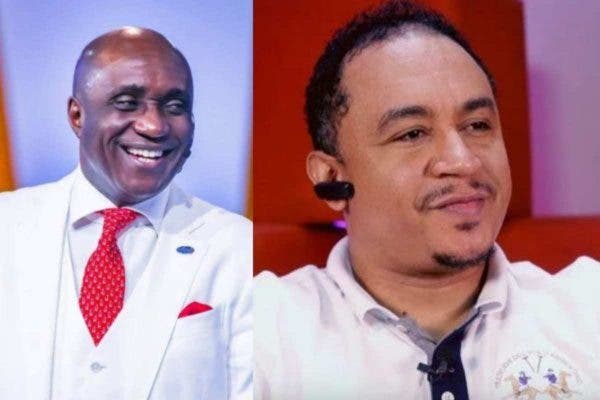 Following the viral outburst by the founder of salvation ministries in port-harcourt, Pastor Ibiyeomie, Daddy Freeze has given a response to him.

In the outburst which was presented in a video, The pastor accused Daddy Freeze of insulting Bishop Oyedepo, the general overseer of Faith Tabernacle and called him several unprintable name.

He called Daddy Freeze a bastard and threaten to kill him if he dares talk against Bishop Oyedepo again.

In Daddy Freeze response, he expressed his displeasure in the man of God for such a response and noted that he never insulted Bishop Oyedepo, explaining that he only called his attention to a verse he quoted in the bible.

He however explained that security operatives shouldn’t take the threat with levity and that if anything happens to him, the pastor should be held responsible