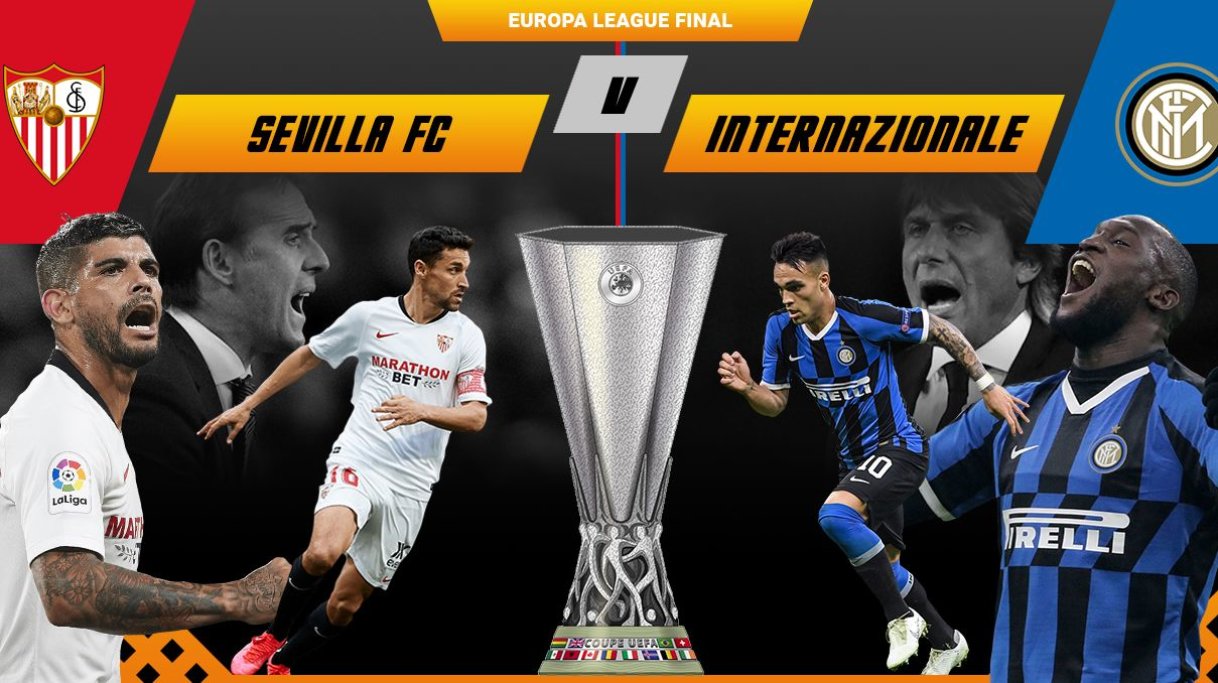 When Antonio Conte assumes the reins of a club, there is a cataclysmic shakeup, with trophies in tandem. He did it at Juventus, repeated it at Chelsea, and is now on the brink of ending a nine-year trophy wait for Inter Milan when his side comes up against a Sevilla side in the europa league final that has won this tournament thrice in the last six years and for better context, won five out of six finals they have contested in the tournament.

Over 60 per cent of those polled on the UEFA official website believe Inter will win Friday’s final, but football always has a surprise with 90 minutes as a benefit for both sides. In one-off games, there are a lot of things that could go wrong, and a lot of things can also go right.

Young was the Manchester United captain when United claimed the Europa League in 2017, under Jose Mourinho, and he will play another prominent role for Inter as they seek a first continental title in nine years. Coincidentally, the last time Inter won European honours, was under Mourinho. In Sevilla’s flat back four, Lopetegui tasks both Navas and Sergio Reguilon with travelling up and down the flank, with Navas, with his speed, adept at getting to the byline to pull in crosses. Conte will have instructed Young to help Alessandro Bastoni curtail the Spaniard’s incursions.

Martinez has scored eight goals in European competitions this season – first in the Champions League and then in the Europa League. He showed with his movement and goals against Shakhtar Donetsk why he is coveted by big European sides, which means 21-year-old French defender, Kounde, will have a full-time job keeping a lid on the Argentine striker. Kounde is physically capable but in just his third season as a professional, he will need absolute concentration to curb the Inter striker’s effectiveness.

Carlos has conceded a penalty in each of Sevilla’s last two matches. Though the Spanish side has won despite this, against Inter’s potent front two, Carlos has to be more circumspect in his tackling. Lukaku will be ready for the physical battle and can prove very nifty in the box as he seeks to score in an 11th consecutive Europa League game. Lukaku is gunning for a first team title since he won the Belgian Pro League with Anderlecht in 2010, which should spur him on further.

A visibly injured Ocampos was not his usual vibrant self in the semi-final win over Manchester United and that led to his removal 11 minutes into the second half last Sunday but if there is one thing he wants to prevent will be to come in second again, after falling at the final with Olympique Marseille in 2018. Against Godin, he will need all his physicality and guile to trump the Uruguayan’s massive experience at this level.

It will be Sevilla’s metronome in Banega against Inter’s midfield dynamo in Barella. This final will be Banega’s farewell to Sevilla, and he will be extra-motivated to win another title as he leaves, and against a former side, who are rebuilding under Conte. The youthful Barella, 23, has shown his energy in running Inter’s midfield that the more experienced Christian Eriksen has had to make do with a place on the bench. If Banega gets to grips with the speed and his passing cuts out the midfield clutter, then Sevilla will be on the front foot, but if Barella can disrupt Banega’s rhythm then Inter will have one hand on the trophy.