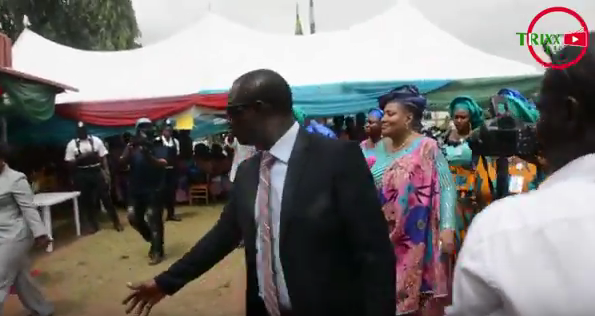 The Lagos women for Akinwummi Ambode on Monday, 26th of March, 2018 has shown their profound love for Lagos state Governor Akinwummi Ambode as they endorse him for a second term through a mega rally. The rally had in attendance the Deputy Governor of Lagos State, Dr. Mrs. Idiat Adebule, The APC National women leader, 57 local governments, and several dignitaries. Trixx TV in its culture to ensure excellence reportage was on ground to cover the event.

Must Watch! What President Buhari actually said about Nigerian Youths