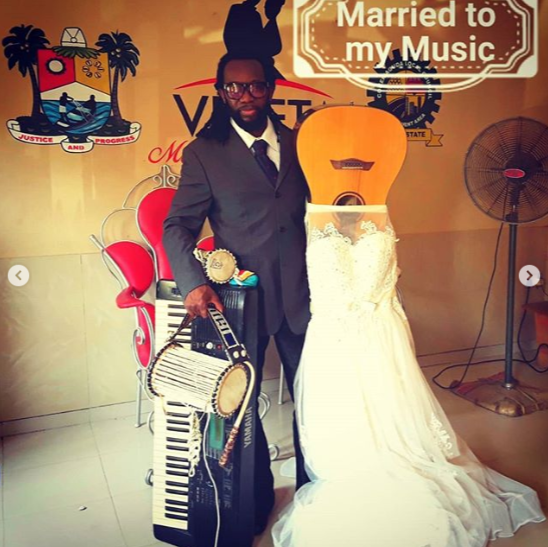 Few weeks ago, a video went viral of a man who got married to his guitar in Lagos. This brought about mixed feelings especially in the social media space. Most of the comments were really funny as some feel it’s crazy.
However, in an interview monitored by Osho Oluwatosin,he revealed that after he got married to his guitar, his mother stopped talking to him, refused to pick his calls until he renounces the marriage between him and his guitar.
It seems this isn’t affecting his marriage in anyway because he also stated that his guitar will be his ‘baby’ from now on and till forever.
Speaking on why he married his guitar, he also made it known that his first love has been music and it’s more like life to him because without it, he won’t be living.
Harri Best has also released some songs which are enjoying airplay in some radio stations and Television stations