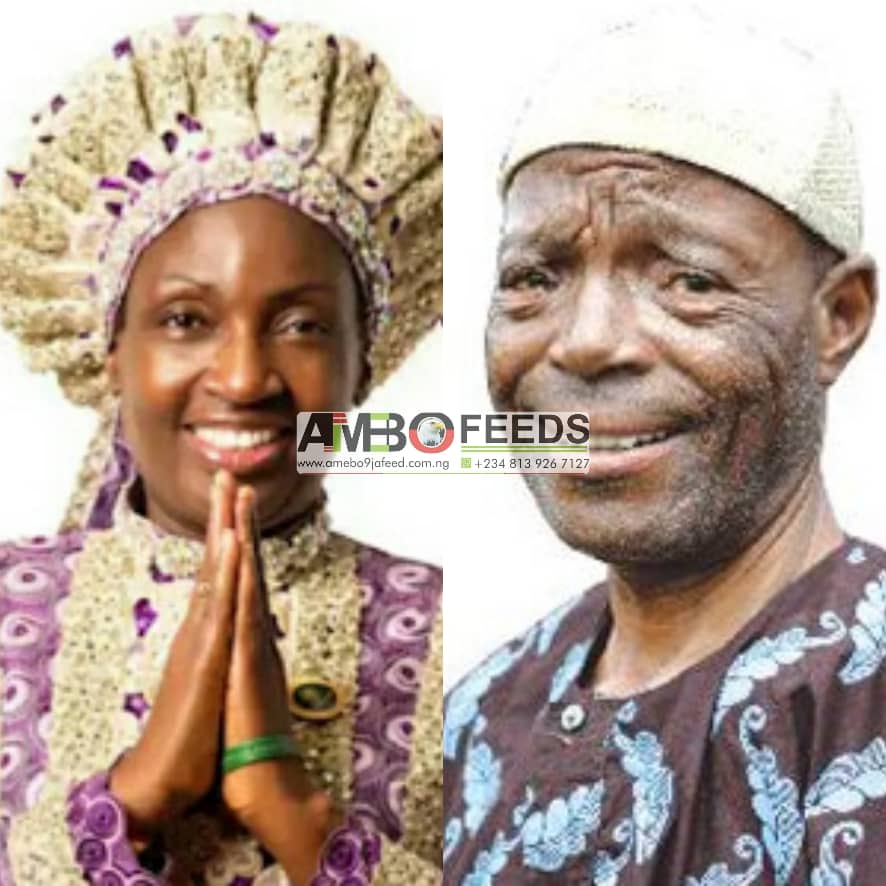 – The reverend mother gave the actor a sum of N10 million for his medical treatment.

– Esther Abimbola Ajayi, popularly known as Iya Adura, is the founder of a Cherubim and Seraphim church in London.

Amebo Feeds Tv media team, lead by Solanke Ayomideji Taiwo with Olori Anike Folakunmi intervened into the 62-year-old actor illness immediately they were informed that he was battling for his life early this year with a video and donation pictures with his phone number and account number then shared virally.

The actor received a sum of N10 million for his medical treatment from the general overseer of Love of Christ Generational Cherubim and Seraphim Church in Clapham, London, Reverend mother Esther Abimbola Ajayi.

The reverend had sent a representative from the United Kingdom, Abiodun Pasheda, to give the actor the monetary help he needs for his medical treatment.

In a video shared on Facebook by Esho Promotions, the reverend’s representative was heard saying that Mother Ajayi had sent him to give the actor N10 million to take care of his health, just like she gave to recovering, actor Baba Suwe.

The actor, who is suffering from stroke, thanked the reverend for her help, In the video, his daughter, who is taking care of him, was heard singing with her father to thank Mother Ajayi for her help. Alabi Yellow also prayed for the reverend.

UTME 2019 : Results will be released from Monday – JAMB assures candidates