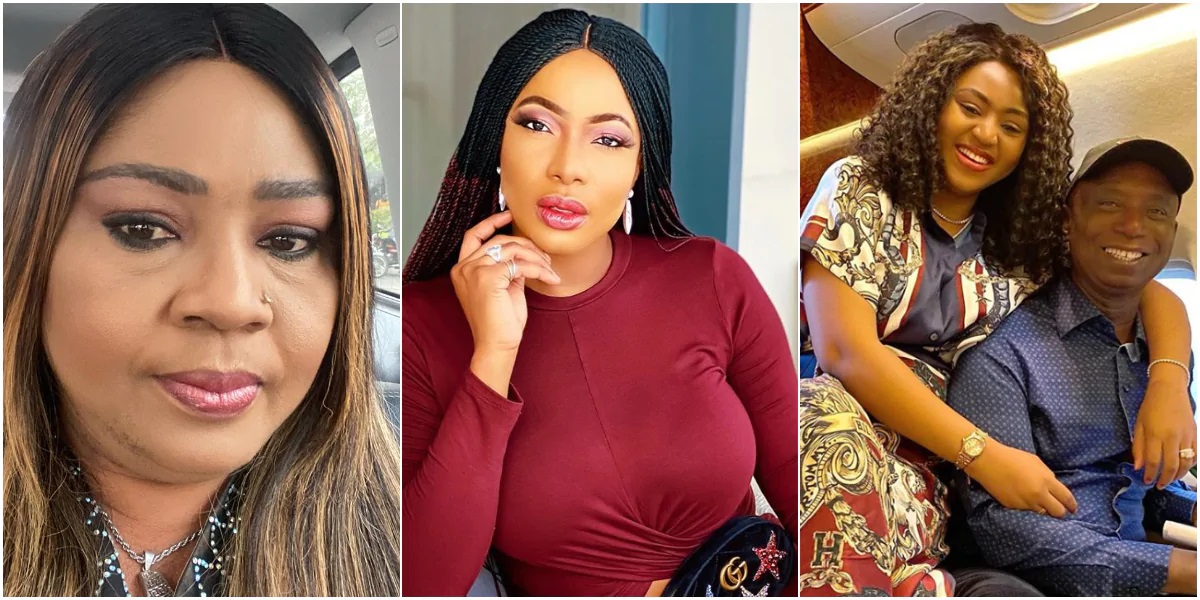 At the moment, there is tension on the social media scene over a recent video that is making rounds about Regina Daniel’s mother, Rita, asking popular actress, Chika Ike to stay away off her Daughter’s husband, Ned Nwoko.

In the video, Rita Daniels made it known that she is ready to seek spiritual help to ensure Chika Ike doesn’t get Ned Nwoko, who is married to her daughter.

Also, it has also been revealed that Ned Nwoko dated Chika Ike at a time but they fell out due to reasons unknown, perhaps, this is the fear of Regina’s mother who supported her 19-year-old daughter’s marriage to Ned Nwoko, a billionaire businessman.

However, Nigerians have taken to twitter to call out Rita Daniels for fighting for her daughter who is not the only wife of Ned Nwoko.

Below are some of the tweets

Chike Ike was there before Regina Daniels. So madam be calming down, Ned Nwoko is a national Moimoi you chop I chop. pic.twitter.com/3aFdFkBiTq

The funniest video I saw yesterday was the one of Regina Daniels’ mum asking Chika Ike to leave her daughter’s husband alone.

I mean, your daughter wouldn’t be a 6th wife if she’d left people’s husband alone na, would she?

Allow other people hustle the way your daughter did.

We're not even supposed to be talking about this Regina Daniels issue.

Wife number six blocking road for other people's hustle. We rise by lifting others now…….

Regina and her family were desperate and hungry for greed. Chika Ike has been with Ned Nwoko b4 he even met Regina Daniels. Chika was sensible not to marry him but made him send her to Harvard business sch, built her a might studio, even mobilized d studio wit exotic cars. A Boss https://t.co/lROd1W9Fzt

So Regina Daniels thinks she is the only young blood available 🤣😂, Ned Nwoko don gv am belle baba dey plan to move to the next bus stop… pic.twitter.com/ElaOyegWo5

Related Topics:Regina Daniels
Up Next