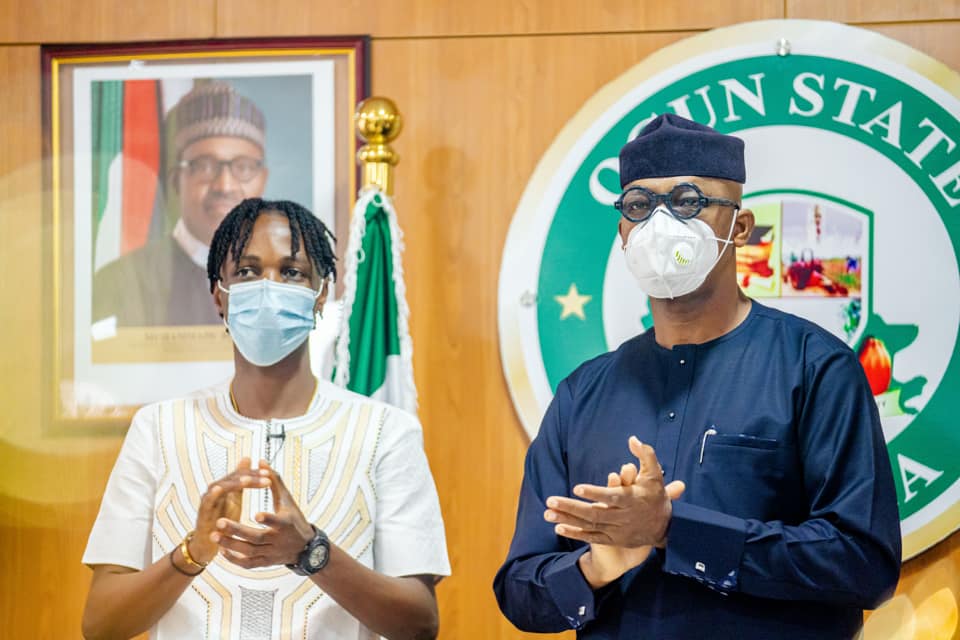 The governor of Ogun state, Dapo Abiodun has received backlash after his gift to BBNAIJA winner, Olalekan Agbeleshe ‘Laycon’ yesterday during his visit to the governor’s office.

Dapo Abiodun had given Laycon a sum of N5 Million, a 3-bedroom bungalow and made him the youth ambassador of Ogun state, which some didn’t take easy.

There were comments all over the internet, speaking ill of the governor. However, He has responded via his facebook page.

Entertainers are also contributors to National development. Laycon is an artist, music composer and philosopher. Ogun State is the model State for excellence in all human endeavours in general, and creative arts, in particular.

For us as an Administration, we will continue to unleash the creative energies of our vibrant, tireless and motivated youth, in particular, and our people, in general, either as innovators, academic, researchers, entertainers, creative artists in the public or private sector, formal or non formal, in and outside Ogun State for the continued development of our dear State, and Nigeria as a whole.

To harness these potentials, plans are at advanced stage to build an Entertainment Village for film makers, artists, musicians where all these skills could be popularly nurtured with added value for our socio-economic development.

Related Topics:#LayconDapo Abiodun
Up Next