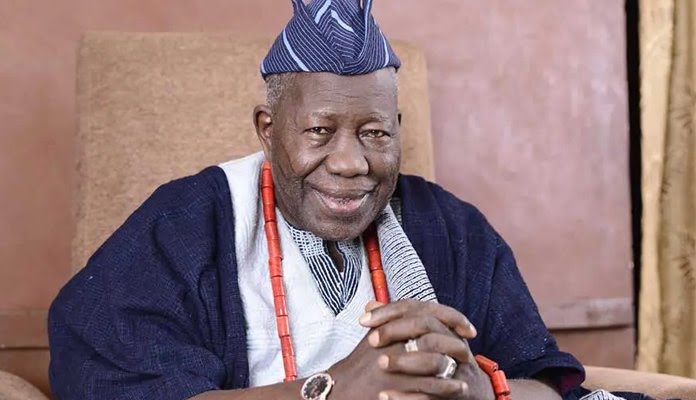 The Popoyemoja Palace has confirmed that late Olubadan of Ibadan, Oba Saliu Adetunji, will be buried on Sunday.

A statement by its Director of Media and Publicity, Adeola Oloko, read, “The 41st Olubadan of Ibadanland, and Chairman, Oyo State Council of Obas and Chiefs, Oba Saliu Akanmu Adetunji, Aje Ogungunniso 1 has joined his ancestor.

“Oba Adetunji, 93, passed away in the early hours of this morning at the University College Hospital, UCH, Ibadan.

“He is survived by his wife, Olori Rashidat Ololade Adetunji, Children, grandchildren and great grandchildren.

“He will be buried at 4:00pm today at his Popoyemoja, Ibadan Palace according to Muslim rites. Other things follow later.”

Earlier on Sunday, the body of the monarch was welcomed by a large crowd, who broke down in tears.

The monarch died 22 days after the death of another prominent monarch in Oyo State – Soun of Ogbomoso, Oba Jimoh Oyewumi.

Adetunji, who was crowned the 41st Olubadan on March 4, 2016, was born on August 26, 1928 to the family of Raji Olayiwola and Suwebat Amope Adetunji in the Alusekere compound, Popoyemoja, Ibadan.

Adetunji was crowned Olubadan after the demise of Oba Samuel Odulana Odugade.

Prior to his coronation as the Olubadan of Ibadan, he was the Balogun of Ibadan land.

BREAKING! See The Nigerian Senator Who May Become The Next Olubadan Of Ibadan