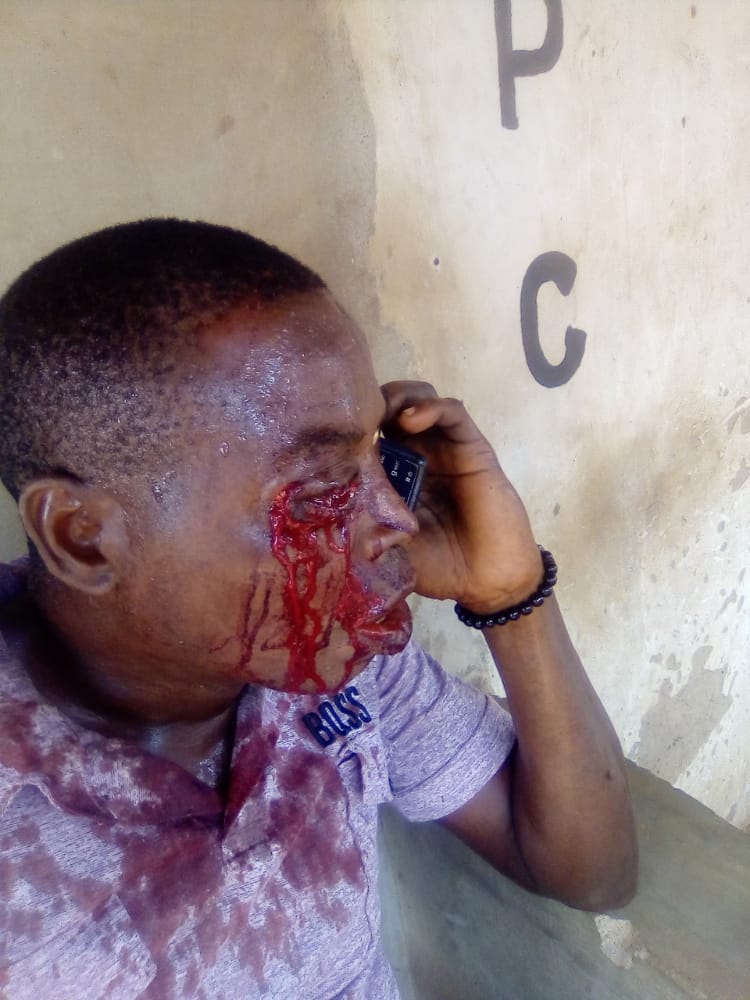 According to Prince Yomi Adebayo Stephen a resident of the area while speaking with Amebo Newspaper NG, said about Fourteen land grabbers led by one Wale Bello invaded Oko Iwaju, Makun Sagamu community in Ogun State with arms and ammunition today in the move to forcefully take charge of people’s properties but the police apprehended eight of them with their sophisticated weapons.

Meanwhile, same grabbers was said to have striked in mass three weeks back leaving one Lukman Kareem with high degree of injury, his left eye was damaged by the gang, while several people were also injured and displaced.

Photo of Lukman Kareem after the invasion of the grabbers

From indication, the hoodlums are contacting the top police officers in Ogun State command to secure their bail after all the degrees of attocities committed by them in the community.

When our correspondent contacted DSP Abimbola Oyeyemi, Police Public Relations Officer, Ogun Command, he said if the arrest is from Force Headquarters in Abuja, that no need of contacting the state command before the police officers perform their duties.