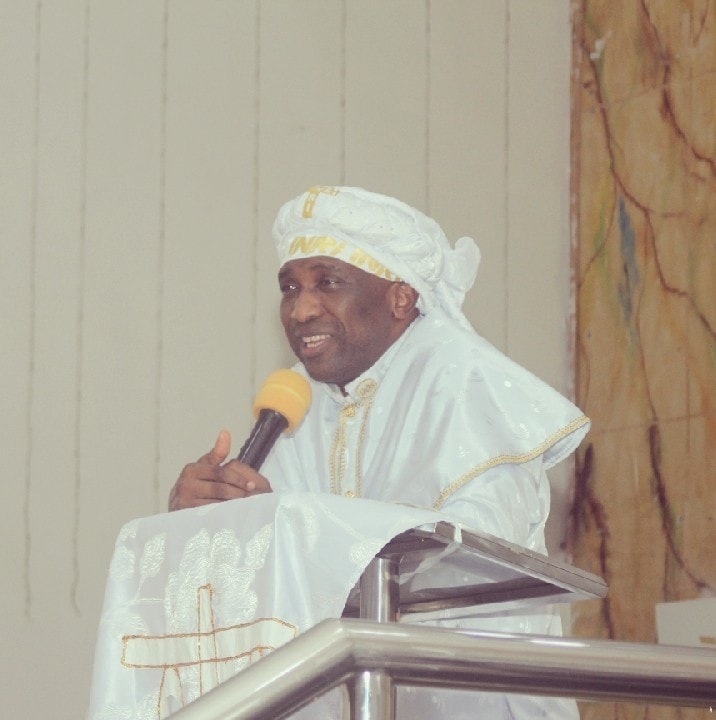 Popular Prophet and the leader of INRI Evangelical spiritual church, Primate Elijah Ayodele has made some clarifications about his 2021 Prophecy that talked about kidnap in Aso rock.

Primate Elijah Ayodele had on Tuesday, 22nd Of December 2020 released his prophecies for 2021 in the presence of several journalists from different part of the world.

In his prophecy about what is going to befall the presidential villa, Primate Ayodele made it known that He foresees kidnap in Aso rock, and that there will be some troubles in the Villa.

In His clarification, Primate Ayodele made it known that What He meant was that an official of the Presidential Villa will be kidnapped, not necessarily inside the Villa, but elsewhere.

Also, some online publications reported that the man of God prophesied that VP Yemi Osibanjo will be kidnapped in the Aso rock, Primate Ayodele has however debunked such, and described it as fake news.

‘I also understand that some online publications reported that I said our vice President, Yemi Osibanjo will be kidnapped in Aso rock, I never said something like that, I will always stand by my Prophecy because they were given to me by God, what I said About Aso Rock kidnap is that an official of the presidential villa will be kidnapped, not necessarily inside the Villa’

Primate Elijah Ayodele is known for his accuracy in prophecy, and the way at which his prophecies comes to pass. Just few days after he released his 2021 Prophecies, some of them have started coming to pass. They include attacks against the church by Boko Haram, Death of Nollywood actor, Fire in Abuja market, to mention a few.

MultiChoice Brings Back Special Step Up Offer on DStv, Discount on GOtv Max this January