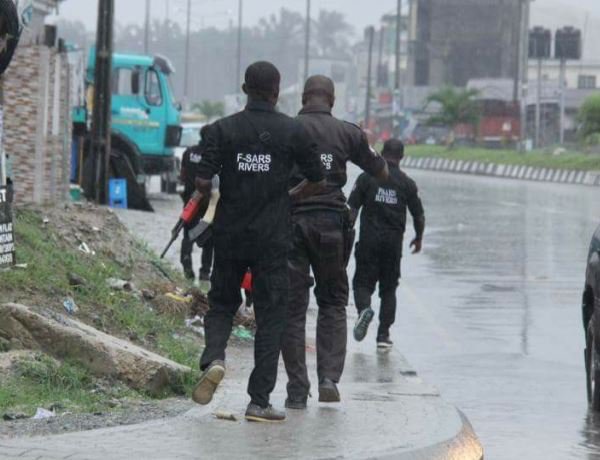 Following an ugly development in Osogbo yesterday that saw the death of two young men after they were chased by men of the SARS operatives, some Nigerians have taken to the social media to call on the president of Nigeria , Muhammadu Buhari to #EndSARS and reform the Police force.

According to eye witness at the scene where the corpses were laid, SARS operatives mistook the young men to be internet fraudsters without any proof or evidence and they engaged them in a hot chase that cost them their lives.

Apparently, they were involved in an accident as a result of the chase. Out of five of them in the car, two died instantly while the remaining three were rushed to the hospital.

This development was greeted by protests in Osogbo yesterday, with over 100 youths involved.

However, at the moment, several twitter influencers, human right activitists have requested that SARS be scrapped totally due to the inhuman treatments Nigerian youths gets from them

I believe at this point we can no longer accept the reinforcement of the organized crime syndicate we have as tactical squads idling around and mostly committing crimes against humanity. Our youth are endangered and we have lost enough! #EndSARS #EndSACS #EndSAKS #ReformPoliceNG https://t.co/fOyknUZOZo

Shutdown the terrorist squads preying on the innocent for ransom NOW. We may have to brace ourselves for a nationwide revolt against the Police generally if the IGP fails to address this madness effective immediately. Shutdown all the tactical squads for Overhaul. #EndSARS https://t.co/WRlpIgTGR5

‘Though We Are Close, I Can’t Date DJ Cuppy’ – Kiddwaya clears air

Maurine Badejo Is Not Worthy To Speak About The Corridor