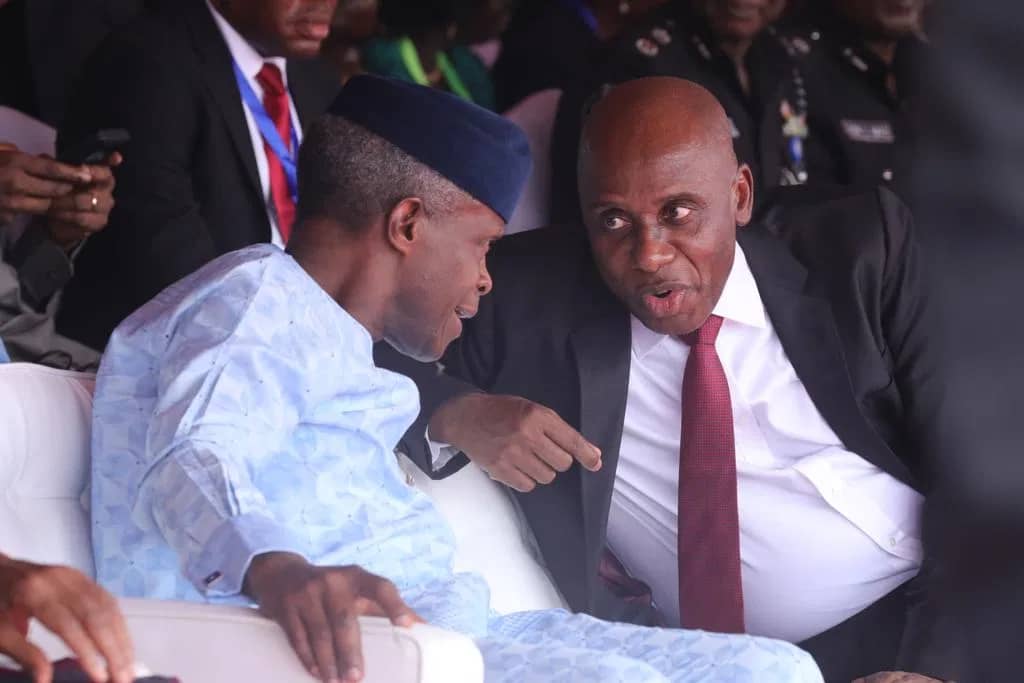 Chief Eze Chukwuemeka Eze, erstwhile National Publicity Secretary of the defunct New Peoples Democratic Party (nPDP) and chieftain of the All Progressives Congress (APC) has described as heartwarming, the successful ground breaking ceremony of the Railway Wagon Assembly Plant in Ogun State by Vice President, Prof. Yemi Osinbajo with the Minister of Transportation, Rt. Hon. Chibuike Rotimi Amaechi which is expected to generate about 5,000 jobs with the production and supply of rolling stock for the Abuja-Kaduna, Warri-Itakpe and Lagos-Ibadan rail lines.

Describing the project as historic and all important for national development, Eze said upon completion, the project will mark the beginning of true revolution and industrialisation, stressing that it would not only produce, but also provide support and growth for indigenous engineers, generate thousands of jobs and serve as key to transforming commerce in Nigeria and the African Continent.

The Plant which has been described as one of the gains of the Federal Government’s partnership with the Chinese Civil Engineering and Construction Company (CCECC) will speedup rail construction projects and particularly, supply rolling stock for the Abuja-Kaduna, Warri-Itakpe and Lagos-Ibadan rail lines.

Eze emphasized that the need for the plant cannot be overemphasized, considering the pressing need to meet the increasing demand of both passenger and freights on the new Nigeria Standard Gauge Railway Service which prompted the Federal Government to award contract for the procurement of Rolling Stock, that is; Locomotives, Coaches, Wagons and contemporary Diesel Multiple Units to serve movement of passengers and freight on the Abuja-Kaduna, Itakpe – Ajaokuta – Warri train services as well as the ongoing Lagos – Ibadan Railway. It will also serve any railway service in the West-African sub-region.

The party chief stressed that the plant will go a long way in actualising the vision and mission of President Muhammadu Buhari to turn around the fortunes of this country and heighten production and assemblage of rolling stock, spare parts and maintenance equipment in Nigeria.

According to the man of the moment and the Minister of Transportation, Rt. Hon. Chibuike Rotimi Amaechi, “the Ministry of Transportation realizing the need of the advantage to set up this type of plant considering the potential need in view of the on-going rail projects in the country and the sub-region, encouraged Messrs CCECC to establish this plant. It is expected that the plant would generate job opportunities for Nigerians and as well facilitate the much-desired objective of the government towards the local content capacity development,” he said.

He further opined that the plant is the first of its kind in Nigeria and the first batch of the wagons to be assembled from its production line will form part of the rolling stock for Lagos – Ibadan and Abuja – Kaduna Railway operations. Subsequently, other rolling stock would be produced as its production capacities increases.

Eze joined Vice President Yemi Osinbajo to commend the Transportation Minister, Rt. Hon. Chibuike Amaechi, for his commitment to the project and all rail projects across the country.

Eze quoted the Vice President as stating thus; “Let me commend the Federal Ministry of Transportation led by the very able and dynamic Hon. Minister of Transportation, Rotimi Amaechi or Chibuike Amaechi, (today he is Rotimi since we are in the South West) for the very hard work and commitment he has demonstrated from the inception of our rail modernization project. And also to the Chinese government, particularly the investor, CCECC Nigeria Limited for this significant and strategic investment”.

Pastor Osinbanjo was prophetic in his remark about Amaechi thus; “The vision you have shown and the initiative you have taken in the larger development journey of this great country will reap unparalleled rewards for you and great opportunity for our people.”
Eze said the statement, aside describing Amaechi as the face and hope of the future of Nigeria also viewed him as a leader, set to take the country to higher heights.

Eze tasked the Minister to continue to break new grounds and discover fresh opportunities for national development, assuring that Nigerians are grateful and solidly behind him.