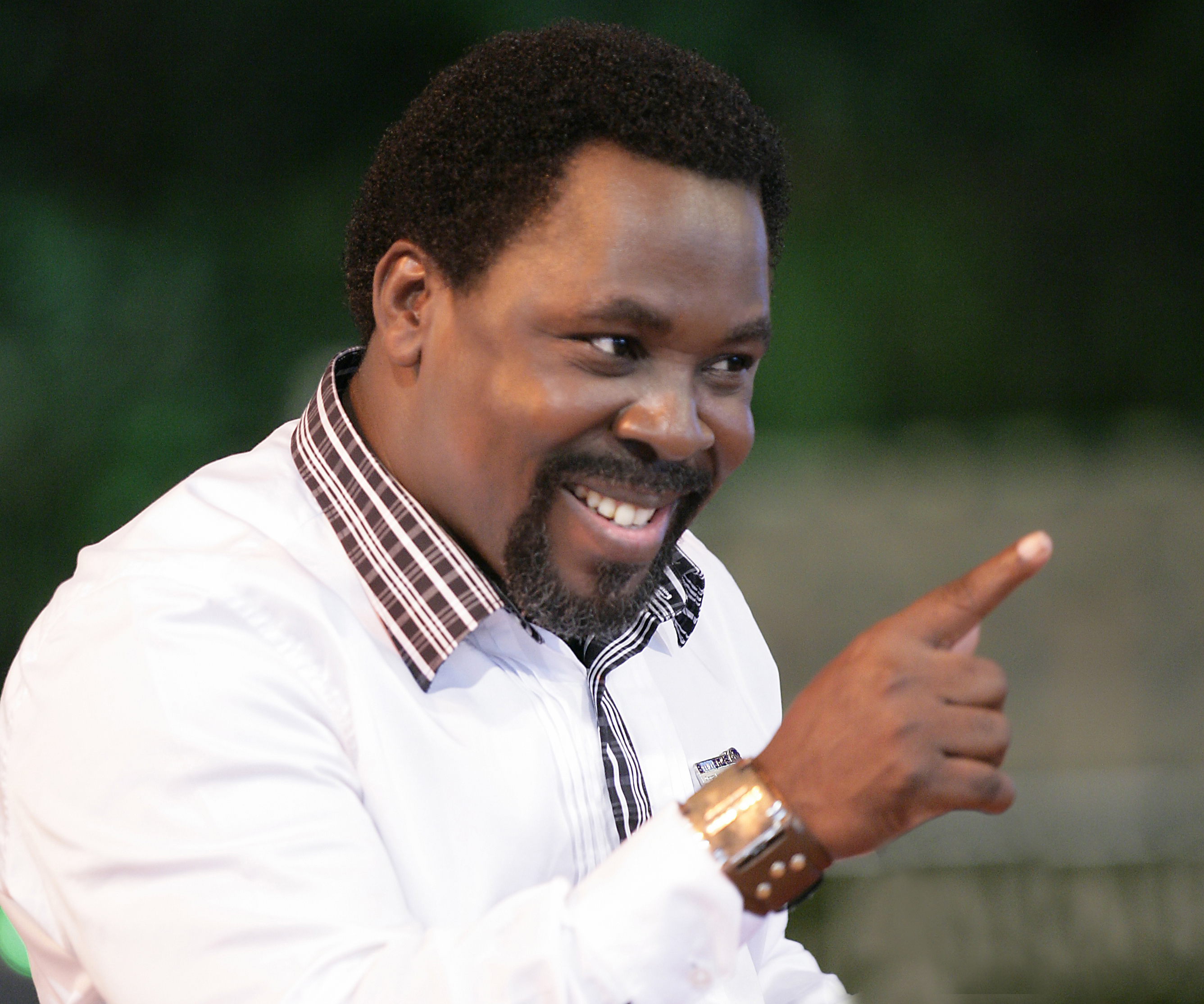 Since the unfortunate collapse of the guest house of the Synagogue Church of All Nations (SCOAN) on September 12, 2014, the pain that followed for families of the deceased and senior prophet T.B. Joshua was unimaginable. In a moving tribute in remembrance of the departed martyrs of faith, Prophet Joshua earlier this year stated that “From eternity’s perspective, death is not a period; it is only a comma because of
Jesus Christ’s death and resurrection.
“When a believer dies, he goes into glory, where there is no conflict. Heaven is our home. A man may die young yet be satisfied with living but a wicked man is not satisfied even with long life.” It has been four long years but the memory of the righteous is never forgotten.

Sadly, the Lagos State government has only been drawn in a legal battle against the prophet since the unfortunate incident. This should not be so. Prophet Joshua has been using his God-given resources to ensure that the memory of the deceased and the care of the families they left behind are duly catered to.

It will be recalled that a similar incident occurred in Akwa Ibom State following the building collapse of Reigners Bible Church in 2016, leading to many deaths. Despite the loss of human life, the Akwa Ibom State government has only been consistent in providing succour to the presiding pastor of the church and those affected.

The Akwa Ibom State governor, Emmanuel Udom, went a step further by absolving the pastor of the church of any blame. Aside this, the government stood against pressing legal proceedings and instead has been providing financial and moral support for those affected including the pastor.

But the case of Prophet TB Joshua has not been so. Despite his immense contributions to Lagos State and to Nigeria as a whole, he has only received vilifications which should not be. It will be recalled that security camera footage that indicated the orchestrated collapse of the SCOAN building has been admitted in court yet the Lagos State government has not stopped its legal battle. The Lagos government should take a cue from the Akwa Ibom government in being supportive and stop its prolonged fight. A fight against God’s prophet is a fight against the almighty creator himself.

The true Christian is encouraged to believe by the word of God that the journey of the believer only begins here but the goal is Heaven where God lives and has His throne.
In his message, while celebrating the memory of these departed Christians, Prophet Joshua calls for more trust and confidence in Jesus Christ.

According to him, “Whether we die young or old, what matters is the grace to continue living hereafter. It is now four years since our beloved brothers and sisters slept in the Lord. We must realise that their death is an unavoidable call – a call to our Heavenly home that no one can disobey.
“Jesus said that if you do not take up your cross and deny yourself daily and perhaps even get killed for your belief in Him, you are not worthy of Him (Matthew 10:38, Matthew 16:24). The level at which satan attacks us seems to be equal to the level of our commitment to the Lord. I don’t think enough people understand this. If you are totally committed to God, He will take up satan’s challenge against you.

“As soon as we make a true conversion, a commitment asking Jesus to purchase us, we become Jesus’ property. Then satan hates us the same way he hates Jesus. That is why the moment we are truly saved, we are engaged in a phenomenal battle (John 15:18-22). We cannot separate warfare from salvation. True salvation is going to put you into direct conflict with satan.
“Many of us would say, “Why should I suffer or die? After all, Jesus won the victory on the Cross and suffered for me?” But the question we need to ask ourselves is, “What did Jesus say?” He said, “I have said unto you, the servant is not greater than his Master. If they have persecuted Me, they will also persecute you” (John 15:20).

“Anyone who claims that he does not have to suffer because Jesus did it for him is indirectly saying that he is greater than his Master. He is actually contradicting what Jesus said. Basically, we need to give up our lives here on earth and gain eternal life in Heaven. When we accept Jesus Christ as our Lord and Saviour, we are accepting citizenship in Heaven and death here on earth.
“Once Christ purchases us, we become aliens here on earth and there is a barrier between us and everything here on earth. We are servants, we simply obey the command of our Master. We do not decide what suffering we must bear.

“Many people have been serving the Lord fervently and have come into difficult life situations because of being mistreated by either wicked men or carnal Christians. The truth is that they have been treated unjustly. But to become offended would only fulfil the enemy’s purpose of getting them out of the will of God. If you stay free from offence, you will stay in God’s will. If you become offended, you will be taken captive by the enemy to fulfil his own purpose and will.

“If we are Christ’s followers, we must follow His example. If He could forgive the people who were killing Him, we can certainly find a way to forgive those who hurt us. When we cannot forgive, we hurt ourselves more than anyone. Nursing a grudge damages our heart. Life is too short to waste our time on things that have no lasting value or significance.

“From eternity’s perspective, death is not a period; it is only a comma because of Jesus Christ’s death and resurrection. When a believer dies, he goes into glory, where there is no conflict. Heaven is our home. A man may die young yet be satisfied with living but a wicked man is not satisfied even with long life.

“Those who try to kill us are only helping us to go home and rest. But those who send us home will go into further conflict; they will have more questions to answer than when they were alive. The wicked seem to prosper now and live without a care but they will spend eternity in terror and despair.

“How can we honour the memory of the martyrs of faith? Endeavour by the grace of God to live for the Lord and give yourself to the needs of others. Romans 14:8 – “If we live, we live for the Lord; and if we die, we die for the Lord. So, whether we live or die, we belong to the Lord.” What a blessed memorial!”

The government and people of Akwa Ibom has shown a template of temperance which the Lagos State government should.