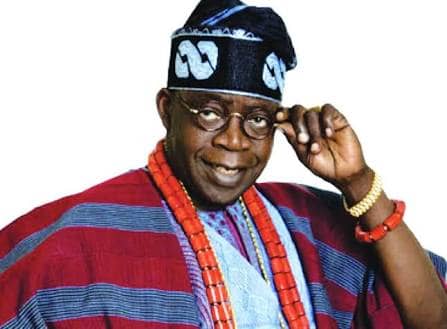 A chieftain of the All Progressives Congress (APC) in the South-South, Chief Eze Chukwuemeka Eze, has warned Senator Magnus Abe to stop blackmailing the National Leader of the party, Asiwaju Bola Tinubu, by constantly linking the leader’s name to his numerous betrayal of the party in Rivers State.

Eze, who is former National Publicity Secretary of the defunct New People’s Democratic Party (nPDP), in a statement circulated to journalists in the South-South on Monday, said Abe’s activities against the APC in Rivers State can only be described as deliberate sabotage of genuine efforts to liberate the people of the State from the hold of a diabolic manipulator and bad governance.

He said further that the constant flagging of Asiwaju Tinubu’s name by the former senator representing Rivers South-East Senatorial District is a strategy to justify the unnecessary legal fireworks and political conflagration he ignited within the Rivers APC, which denied the party and Rivers people their constitutional and democratic right of choosing who governs them.

He said “we have watched with dismay the continued linking of Senator Bola Tinubu to the satanic plot to decimate the party and her structures in Rivers State, by a group of unconscious and conscienceless mortals, led by Senator Abe.”

Eze further expressed worries that the former Senator, who has extended his campaigns of calumny against Rt. Hon. Chibuike Amaechi to the media in a renewed onslaught, has threatened some journalists with sack by reporting them to the APC National Leader, Sen. Bola Tinubu, for publishing some obvious truths about his politics of smear campaign.

Describing Asiwaju Bola Tinubu as a nationalist, seasoned democrat and patriotic leader, whose political structure is not anchored on falsehood, illegality, sabotage and anti-party scheming, Eze said Senator Abe has continued to embark on mischievous ventures in a bid to further perpetrate grievous harm on the image of the party in Rivers State, against the wish of Senator Tinubu on whose name he has tried to rub some dirt.

The party chieftain, however, counselled Senator Abe to retrace his steps by apologising to Rt. Hon. Amaechi and the Rivers APC, stressing that no serious political family, targeting to make a headway, can adopt him into their fold, considering the way and manner he has carried himself as a political Judas Iscariot in recent times.

“Even Governor Nyesom Wike who has been the highest beneficiary of his political selfishness and idiocy is keeping him at arms length,” Eze said.

Eze expressed displeasure over the act of the Management of Vanguard Newspaper for succumbing to Senator Abe’s pressure and intimidation by rendering him an apology, over an interview granted by Prince Lucky Worlu and titled, “Rivers APC chieftain urges Buhari to unite Amaechi, Abe,” merely aimed at pleading with Mr. President to intervene and restore peace in the Rivers State chapter of the APC and devoid of any malicious content.

“There is nothing wrong with a call for peace within the party and only a conflict entrepreneur like Senator Abe will object such a noble move. This has further shown that Senator Abe is more determined, now than ever, to wreck the ship of the Rivers APC for no just cause and must be swiftly resisted”, Eze warned.

Eze encouraged Journalists to take solace in the truism that pen is mightier than the sword and not to give in to the threat of Abe and those in his school of thought who think that by intimidation the press can be caged.
ENDS

Railway Wagon Plant: Eze Declares Amaechi the most visionary leader of this period and hope of our dreamy Nigeria