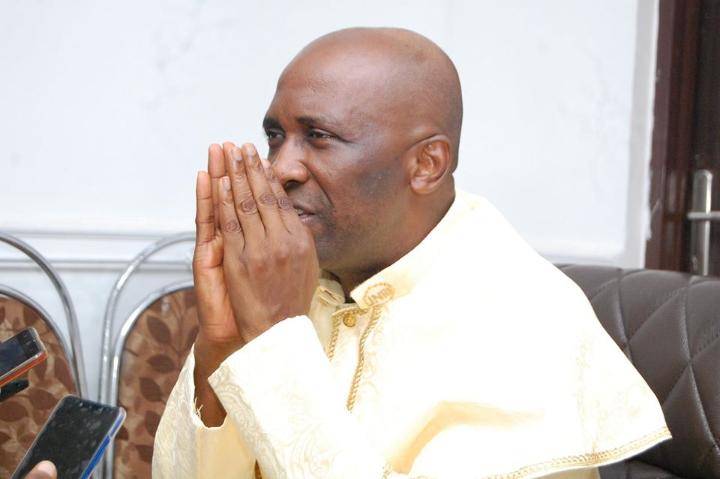 The leader of INRI Evangelical spiritual church, Primate Elijah Ayodele is one of the spiritual leaders who had a glamourous 2019 and one whose words didn’t go without making an impact

Primate Ayodele is known for giving accurate prophecies and 2019 isnt an exception.

He gave several prophecies in the beginning of the year, and still gave more in the course of the year. Surprisingly, almost all came to pass.

Below are the prophecies that came to pass:

1 The removal of Algeria president and the uprising in Iraq.

2 The removal of Lebanon prime minister. He said APC will win Kano, Kaduna, Katsina, Lagos and PDP will Adamawa.

3 He prophesied about Fayemi victory and Oyetola’svictory at the supreme court. He accurately predicted in his interview the Ojoge’s saga.

4 The recall of Malabo oil arrest of former AGF Adoke Mohammed. He also talked about flood in Nigeria.

5 of course the mosque and muslim attacks in Sri Lanka, the Airpeace troubles; the plane crash.

7 The loss of Ajimobi and Akala.

8 He also prophesied about Dapo Abiodun’s victory in Ogun state as the governor.

10 He talked about the coup in Ethiopia.

11 The death of some Nolllywood star like Alabi yellow.

12 He also predicted the tanker explosion in Onitsha market.

13 Also, about Atiku not winning the general election.

14 He also talked about the killing of ISIS leader and

16 Also about the coup in Sudan the removed Umar Bashir.

17 Also, the protest against the Liberian president.

18 Also about flood and famine in Zimbabwe. Like the heat waves in Europe.

19 He prophesied the fight between Obaseki and Oshiomole.

20 The victory of Yaya Bello and how APC will capture Bayelsa.

21 Also, about the security challenges in the country.

23 Also about Nigeria not lifting the Nations cup and corruption in NFF.

25 The death of David west.

26 The dethrone Eleruwa of Eruwa.

27 The uprising of the newly elected Obalufe. The herdsmen attack. The withdrawal of Samson Siasia’s licence.

28 The removal FIRS chairman as Head of service.

29 The Hong kong crisis, the emergence of Morris Johnson, the UK coming out of EU, and the Brexit deal,

30 The Netanyahu election and the failure of the opposition to form a coalition.

31 The killing of Malian soldiers.