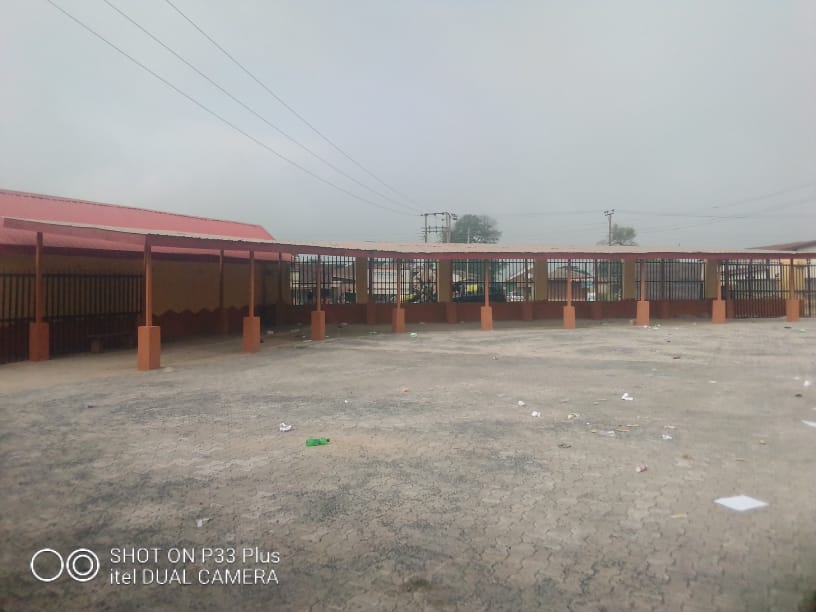 The Performance of the Executive Chairman of Eredo Local Council Development Area(L.C.D.A), Hon. Adeniyi AbdulRasaq Saliu, has been scored high by many dignitaries that graced the commissioning ceremony of a block of six class rooms with offices,convenience and furniture; and Mojoda Ultra-Modern Market with parks,where the chairman also presented a Quest Mazda Car to the Association of Market Men and Woment in the area. The Federal Lawmaker,representing Epe Federal Constituency in the Federal House of Representatives,Abuja, Hon. Wale Tasir Raji,was the first to comment on Saliu’s performance.
He announced to the large gathering at the event that the chairman had performed beyond measure. He said with his performance everybody can see that All Progressives Congress(A.P.C) is the only Political Party that listens to people and provides their needs. He commended Hon. Saliu and congratulated him for taking Eredo to a great height within a short time and believed he is still loaded with ideas that can foster more development. In his remarks,the APC Apex Leader in Epe Division,Chief Akanni Seriki,also know as BAMU,said if Saliu had not performed beyond expectations of electorates and party,he would not beat the event. He therefore described Saliu as a good pride of APC. He wished him progress in his political career.
The first Lady of the former governor of Lagos State,Late Michael Otedola,who could not hide her joy over the laudable and unprecedented achievements of Hon. Saliu,described him as her good husband and son. She said he always seeks advice that can move Eredo forward and utilizes it well. She commended him for always listens to the yearnings of the masses and do the needful in order to put smile on their faces. She prayed he continues his good works. HRM Oba Ogunsanwo,the Alara of Ilara kingdom,also lauded the performance of the chaiman and described him as a good representative. He however advised that safety measures must be put in place due to the major highway facing the market to avert accident in the area.Hon. Sketel,market leaders,also lauded Hon. Saliu’s achievement