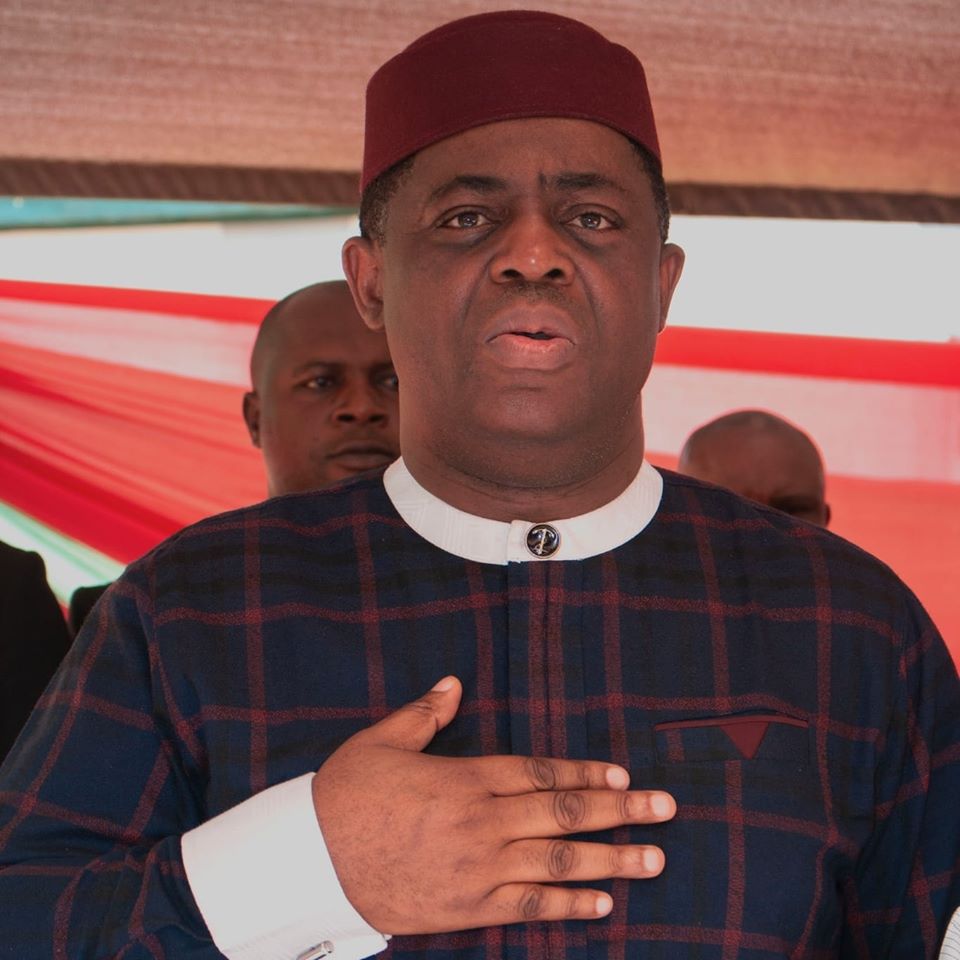 Earlier today, there was uproar in the social media scene following an outburst by former minister of Aviation, Femi Fani-Kayode against a Daily Trust newspaper reporter, Eyo Charles.

In a video circulated online, the former minister was seen hurling abusive words at the reporter who asked about the financiers of Fani Kayode’s recent tour around the country.

Several organisations and individuals have condemned the words said by the former minister and they include the concerned organization, Daily Trust.

In a statement released by the executive director, the newspaper explained that its reporter was only doing his job and that if anything happens to him, FFK should be held responsible.

The management of Media Trust Limited, publishers of Daily Trust and other titles, would like to condemn the reprehensible actions of Femi Fani-Kayode, who in a video clip now gone viral, verbally assaulted – repeatedly – our reporter, Eyo Charles in the course of doing his job. The encounter occurred in Calabar, Cross River State, in the morning of Thursday 20, August 2020 at a hotel, during a roundtable with invited journalists.

During the roundtable, Charles asked Fani-Kayode who was bankrolling his recent trips around Nigeria, to which the ex-minister responded with a raised voice, insults, and eventually a threat to inflict bodily harm on our reporter. The barrage continued for some minutes, while bewildered journalists, including our reporter, looked on.

The video clip, also released on one of the ex-minister’s social media accounts, was conveniently edited to exclude the question asked by Charles, totally devoid of mischief, simply sought clarification and information, like good journalism should. Said editing paved the way for a social media lynch mob to rain expletives on our reporter, labelling him as ‘rude’. This could not be further away from the truth, and we stand by Charles, and commend him for his calmness during the ordeal.

Daily Trust reporters are responsible professionals, who uphold the tenets of journalism, as well as best practices.

That Fani-Kayode attacks a reporter doing his job, is an indication of the chilling disregard he has towards the media, and its work in investigating and reporting on issues. As always, we stand in solidarity with our reporters, and will continue to fight for the rights of all journalists. After all, journalism is part of the bedrock of democracy; therefore practitioners must not be intimidated or threatened as they carry out their work.

We urge the Nigeria Police to take note, that if anything happens to Charles, Daily Trust will hold Fani-Kayode responsible, especially due to the intensity of the verbal threats he issued during the shocking incident.

The actions of Fani-Kayode are not only reprehensible, but also constitute a setback to press freedom, in a most dire form. This kind of assault raises major concerns over the safety of journalists in Nigeria.

Daily Trust is a completely independent media organisation that does not pander to the whims of any individual or group, no matter how powerful or well-placed in society. We will continue to serve Nigerians – and indeed the world – with quality, reliable reportage, no matter whose ox is gored.