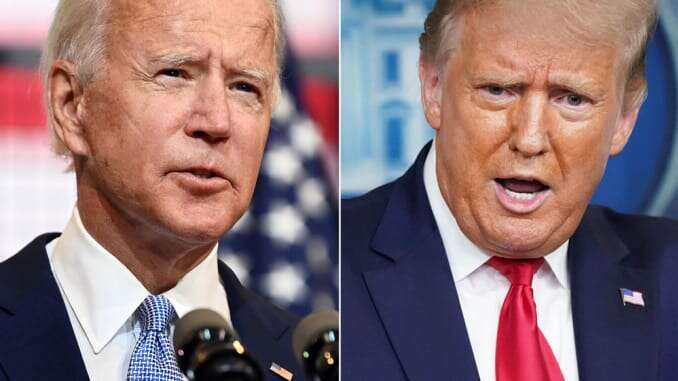 The United states presidential election 2020 is one of a kind as no election has been tensed as this in the history of the country. Unlike before, lots of parties are interested and it has brought about new revelations in the politics of the United states.

Joe Biden, who is  the candidate of the democratic party is currently leading in some states than Donald Trump and this has caused tension in the country.

The president of the country, Donald Trump has also said openly that he will be heading to the supreme court to challenge the election outcome in some states.

Meanwhile, Popular prophet, Primate Ayodele in a prophetic advice he gave few days to the election stated that Joe Biden shouldn’t rejoice if at all he is leading any where but should focus on the election.

In 24hours to the election, He made a statement that He foresees that there will be some manipulations in the election and that Joe Biden needs to pay attention to mail-in votes and the supreme court especially.

‘‘ Joe Boden needs to pay attention to Mailing voting and supreme court because I foresee fraud coming out of them and they might knock him out. He should pay close attention to it’’

With Donald Trump heading to the supreme court after alleging that the election was marred by rigging, Will this warning come to pass if Joe Biden doesn’t get prepared? Well, time will tell .