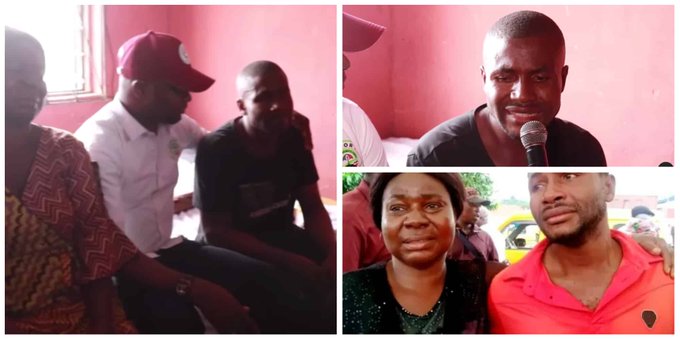 Recall the state government on Thursday auctioned 134 impounded vehicles at the Taskforce compound in Alausa, Ikeja.

Lateef Kolapo claimed that his vehicle was driven by his mechanic while he was ill and hospitalized.

Osinachi Ndukwe on his part said he was sentenced to 3 months imprisonment for driving against the traffic and the vehicle was impounded.

During his jail term, he lost his three-year-old daughter due to the non-availability of funds to cater to her health. After serving the jail term, his bus was auctioned and his means of survival gone.

Jandor however, commiserated with Osinachi for his loss but kicked against reckless driving and violation of traffic laws.

He also condemned the State government for the harsh punishment of taking the offenders’ means of livelihood.

The governorship candidate assured the residents of the state that violation of traffic laws will also not be condoned when he emerges as the governor of the state in 2023 but any legislation that takes away the means of livelihood of the offenders will be reviewed.

He later gifted the victims with cash support to ameliorate their condition.

Earlier today, I and my running mate, Funke Akindele met with Mr. Osinachi Ndukwe, one of the victims of the recently auctioned 134 cars impounded for traffic offences by the Lagos State Government. pic.twitter.com/Z63n8ygc5f