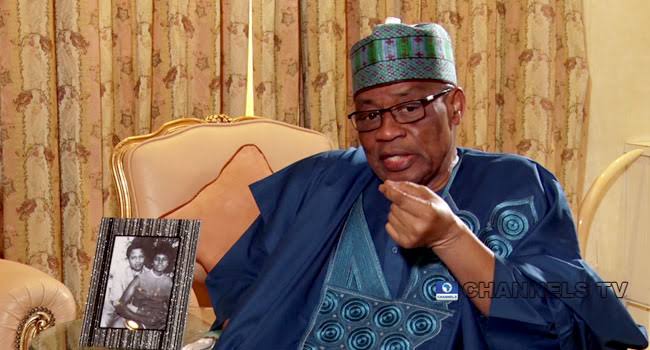 IBB during a recent interview with Trust TV, however, didn’t mention any particular name.

According to the former president, the person who should take over from President Muhammadu Buhari should among other things, be a young person, who is conversant with happenings in the country and has good communication skills.

He said the next president must be able to address Nigerians on issues bothering them and must have distinguished himself/herself in a particular field with traceable track records.

“It is not who do I have in mind but who fits in; any person who fits in within these criteria, then he is the right person as long as he is a Nigerian; he is a politician, he is not old like I am; he is very conversant with the country, he communicates, he is a very good communicator,” IBB replied when asked about the particular person who should become the next president of Nigeria in 2023.

“He must have somebody he knows in every part of the country. It is not a tall order. You could limit it to states, you could limit it to local governments even to the wards if you can but somebody such that once you hear the name, it is somebody you will say, yes, I have heard that name before either in the country or in his profession; if he is a doctor, a journalist or whatever, all areas, we have heard the name before; okay then I will make an effort to know more about him.”

Without mentioning a particular name, IBB stated that such candidates with the listed qualities may be found among the current crop of politicians in the country.