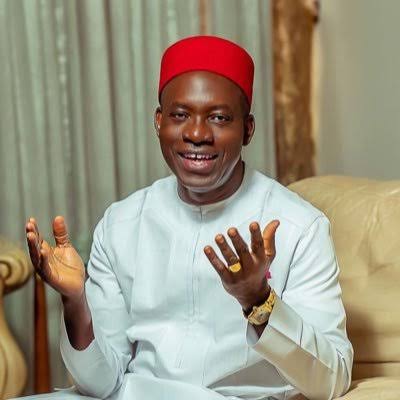 Justice Gambo Garba of an Upper Area Court in Abuja has landed himself in big trouble for the criminal summon of the governorship candidate of the All Progressives Grand Alliance (APGA) in the forthcoming election in Anambra State and a former Governor of the Central Bank of Nigeria (CBN), Charles Chukwuma Soludo.

TrixxNg reports that Justice Garba had on July 15 directed Soludo, to appear on August 23 to answer charges bordering on alleged perjury and breach of Code of Conduct during his tenure as the Governor of the Central Bank of Nigeria (CBN) between May 29, 2004, and May 29, 2009.

The complainant, Oliver Bitrus, had alleged that Mr Soludo held the CBN governor’s office as a public officer flagrantly violating the Code of Conduct for public officers by buying property not attributable to his legitimate earnings.

The direct criminal summons issued by the Upper Area Court was an approval to Mr Bitrus to prosecute Mr Soludo at the court.

Garba assumed jurisdiction over the case despite criminal trial bordering on false declaration of assets is exclusively vested in the Code of Conduct Tribunal (CCT).

Angered by the criminal summon, the Chief Justice of Nigeria (CJN), Justice Tanko Muhammad, ordered the disciplinary action against a judge.

A source disclosed that the acting Chief Judge of the FCT High Court and chairman of the FCT Judicial Service Committee, Justice Hussein Baba Yusuf, would chair the disciplinary committee.

Justice Baba Yusuf is expected to submit the committee’s probe report with 21 days.

Soludo would be up against Valentine Ozigbo of the Peoples Democratic Party, PDP, and Senator Andy Uba of the All Progressives Congress, APC.