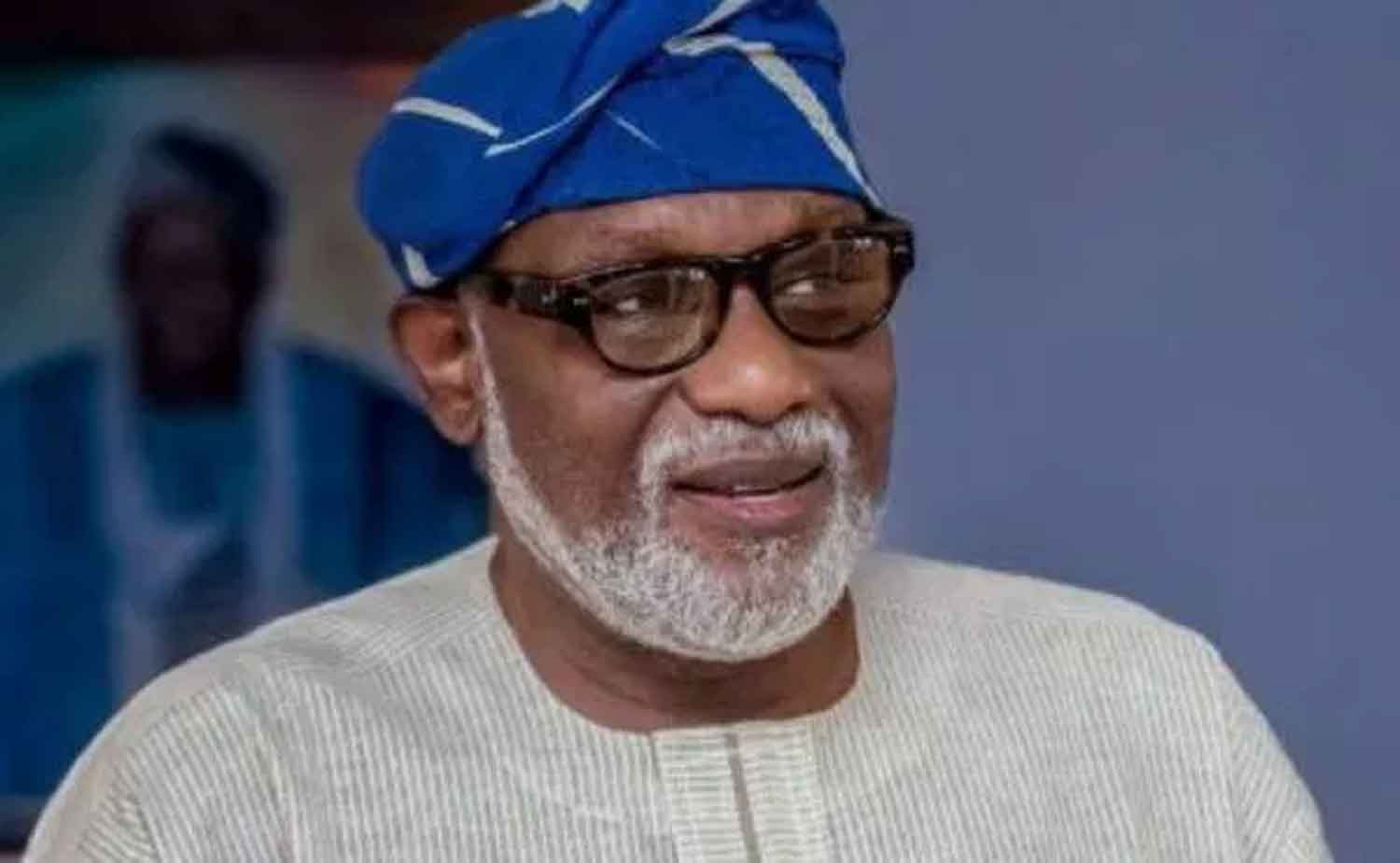 The Peoples Democratic Party (PDP ) Ondo State chapter, has released the names of eight proxy companies allegedly used by Governor Rotimi Akeredolu’s family to get contracts and siphon funds from the state coffers.

Trixx NG recalls PDP on Sunday accused Akeredolu of using his wife and children to loot the state through the registration of various companies.

They noted that the governor’s family particularly his wife, Betty and his son, Babajide had been using the companies to get contracts in the state.

However, the Ondo State government in statement issued by Donald Ojogo, the Commissioner for Information and Orientation, on Monday asked the PDP, to publish details of companies linked to Governor Rotimi Akeredolu’s family and report to EFCC funds spent on Countdown Show.

“PDP’s latest misadventure mistaken for opposition is not to glorify the rudderless camp; it is to counsel the seemingly disorganised ilk and for the sake of general public at the mercy of PDP’s disingenuous misinformation.

“Their assertions in respect of 13 companies they claimed were registered by the Governor’s family in 2017 without evidence exposes the juveline and pedestrian composure of the PDP. It is sheer waste of precious media space to assert without evidence to prove. We challenge PDP to publish the names of the Directors of those companies as well as the names of those companies,” he said.

The party affirmed that action had begun towards petitioning the Economic and Financial Crimes Commission, EFCC for appropriate action.

This was made known in a statement on Wednesday by the Publicity Secretary of PDP in the State, Kennedy Peretei. He noted that findings showed that the companies were either owned by the governor’s wife or his son with most of the transactions through the account of the companies emanating from them.

“For those who think we are peddling “beer parlour” rumours, it is better to wake up from your slumber to join the rest of us to rescue and rebuild Ondo State.

“Take your time to glean through the documents. We are not arm-chair critics. We do our due diligence. As critical stakeholders, we cannot fold our hands and allow this to continue.

“As to the request to petition the Economic and Financial Crimes Commission (EFCC), the advice is un-necessary as, action is already being taken,” he said.

JUST IN: PDP May Win Presidency In 2023 – President Buhari Reveals