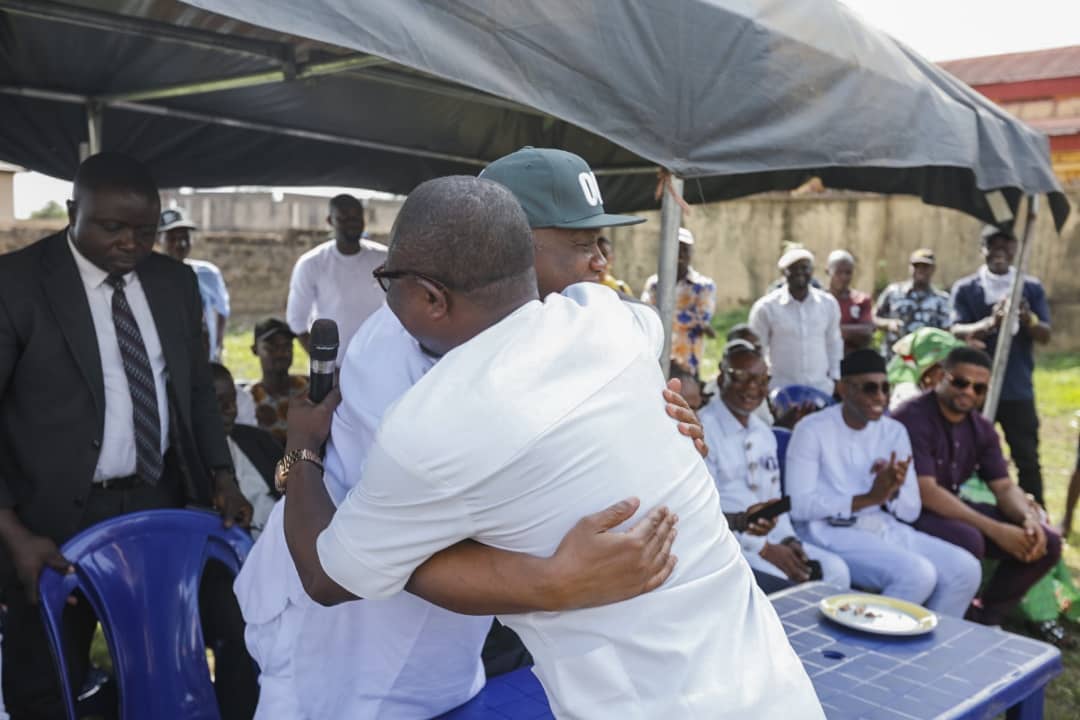 There was outburst of emotion as father and son reconciled their protracted feud in the quest to move Abia state forward. Godfather Orji uzo Kalu and his political son, Amb. Chijioke Okoro finally put their differences beside in a very emotional and admirable manner.

It can be Amb. Chijioke who hails from Ughuabo village in Arochukwu fell out with the political icon of the state, supported by the youths of the state, the feud took another dimension and made both of them arch enemies until this until this timely and fruitful reconciliation.

Amb. Chijioke is a man of the people, the youths of Abia state are craving for him to emerge as the next governor of the state because they know that he stands for truth, justice and integrity. He is the man the people are looking up to in order to give the state good roads and infrastructures which none of the past administrations ever presented. He has equally frowned at the way civil servants are being treated in the state, delay of salaries and pensions. He vowed to put a complete end to that and make Abia state the best state in the Eastern part of Nigeria, if not the best nationwide. He promised to make Abia state an enviable place.