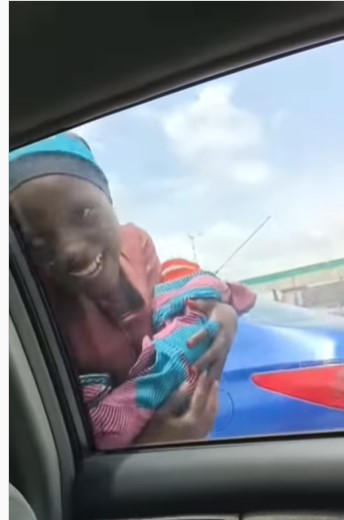 A beggar was filmed carrying a “baby” while begging for alms on the streets of Lagos but it was soon discovered that it is a stuffed baby.

A video shared online shows the moment the beggar approached passengers in a private car and began asking them for help, with a baby in her arm.

The passengers immediately suspected the baby was not real so they asked the beggar to show the child’s face.

The beggar was reluctant to but they kept insisting that they wanted to see the baby’s face before giving her money.