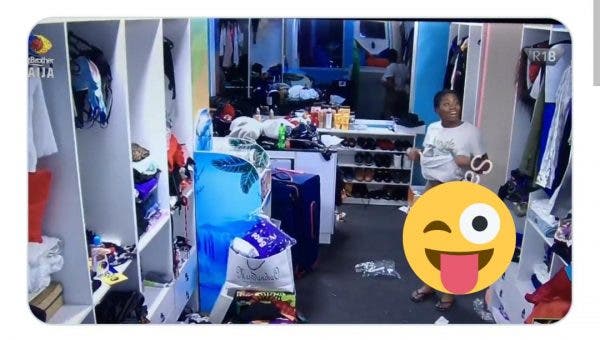 Big Brother Naija, BBNaija housemate Angel is currently under fire on social media after she appeared to have deliberately showed off her hairy vagina on the show.

The incident happened last night after the housemates retreated into their rooms.

The controversial housemate who was only putting on a dress without panties knew the camera was on her and without thoughts lifted her dress up to show off her private part.

Queen and Whitemoney who were in the room with her were surprised by the move and she was immediately chastised by Queen who asked her to protect her dignity.

But Whitemoney asked her to leave Queen as he already knew from time she is a ‘marketer’ and was only giving her audience the contents they wanted.

ABUAD Teaching Hospital’s Edge Over Others In Nigeria