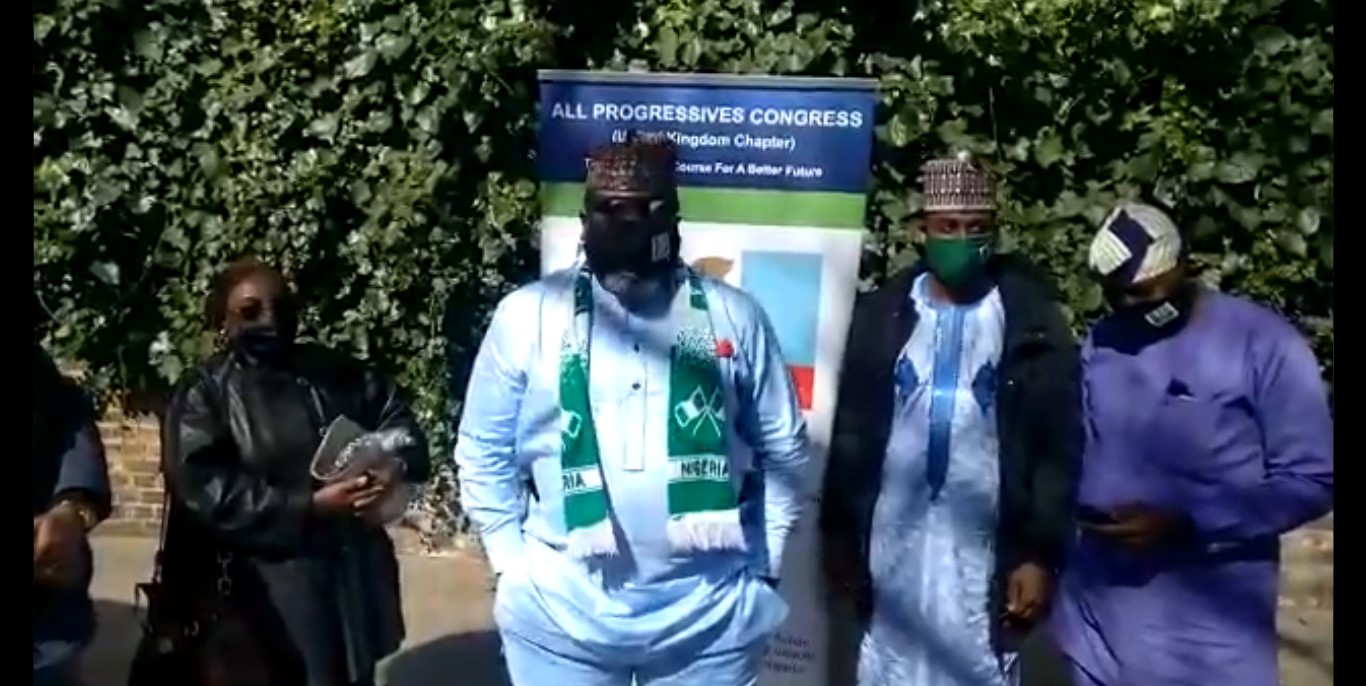 TRIXX NG reports that the All Progressive Congress, UK Chapter have also staged a counter protest against those who have been protesting against President Buhari’s medical care in the UK.

The protest of Buhari’s tormentor held on April 2 up till yesterday, and it was led by former aide of Goodluck Jonathan, Reno Omokri.

To counter this, another one has been staged by the APC UK Branch.

MAUREEN AND SOWORE A DISGRACE TO JOURNALISM