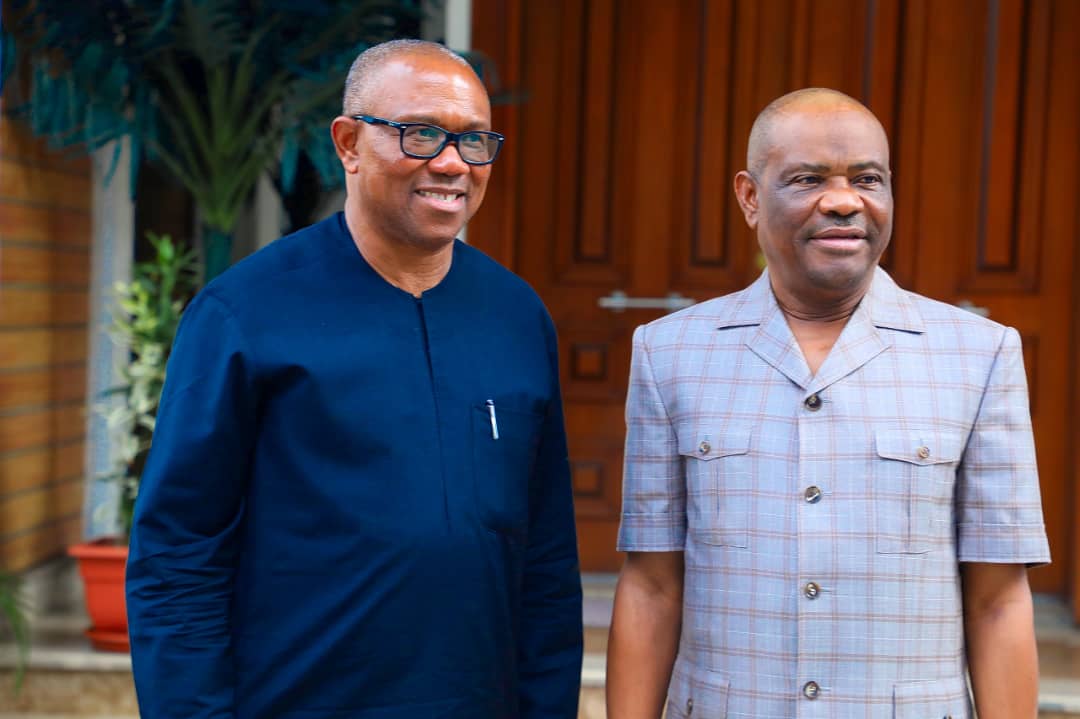 TRIXX NG reports that the governor of rivers state, Nyesom Wike has held a closed door meeting with the presidential candidate of the labour party, Peter Obi.

In a tweet shared on his official account, Wike expressed the joy he has in hosting Peter Obi whom he described as his brother.

This is coming some days after the rivers state governor made some accusations against PDP and its presidential candidate, Atiku Abubakar

It was nice hosting my brother @PeterObi once again. pic.twitter.com/ilximBOuVF