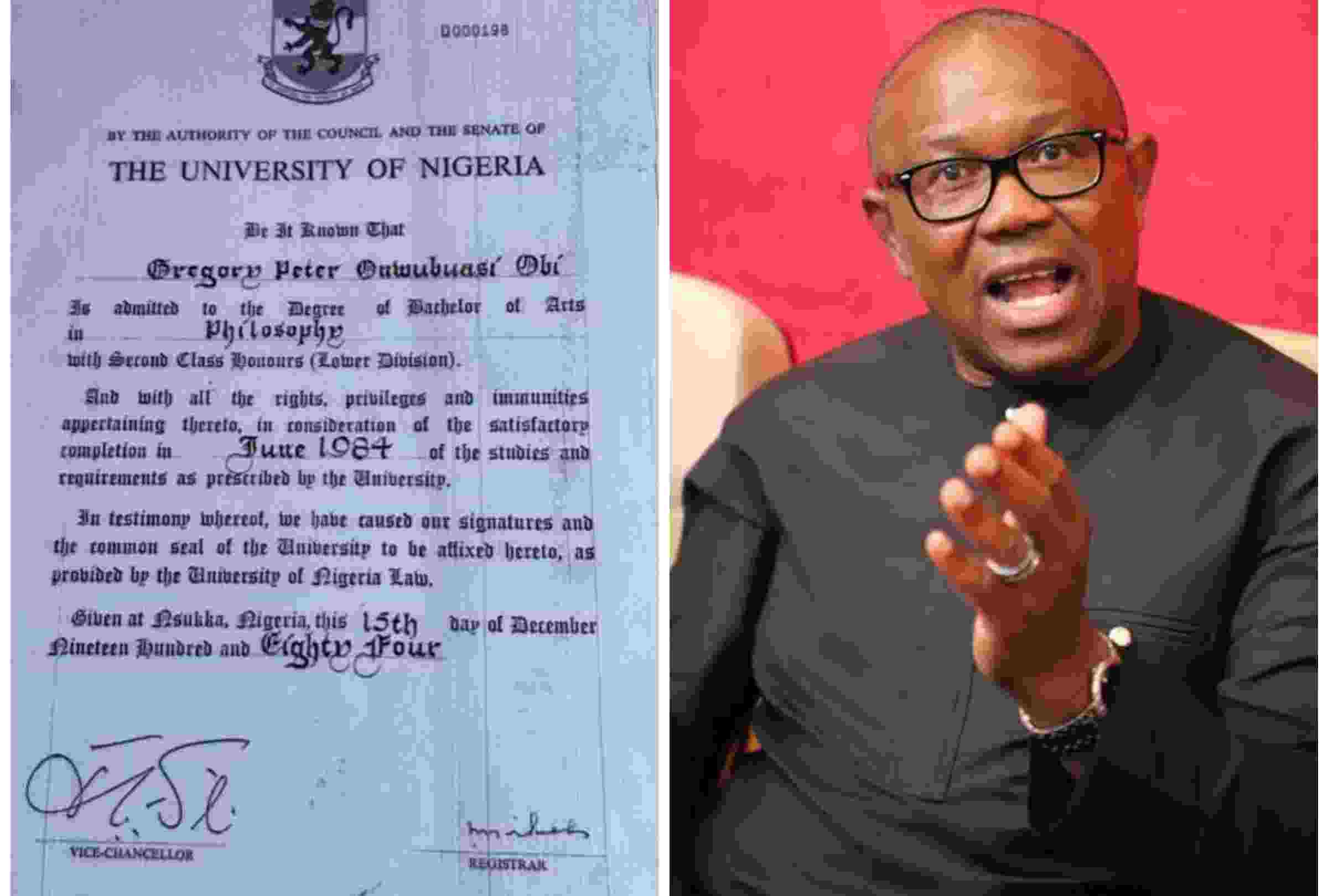 TRIXX NG reports that the candidate of the Labour party, Peter Obi has landed in a certificate scandal after the Independent national electoral commission (INEC) released the documents presidential candidates submitted.

Peter Obi submitted his GCE result and his bachelor degree certificate which was obtained at University Of Nigeria, Nsukka but there seems to be some discrepancies that looks a little bit confusing.

It is a known fact in nigeria that before one can gain admission into a higher institution, you must have passed your O’level result but in Peter Obi’s case, it is a little bit confusing because he sat for his O’level after finishing higher institution, according to what he submitted.

See the documents below: