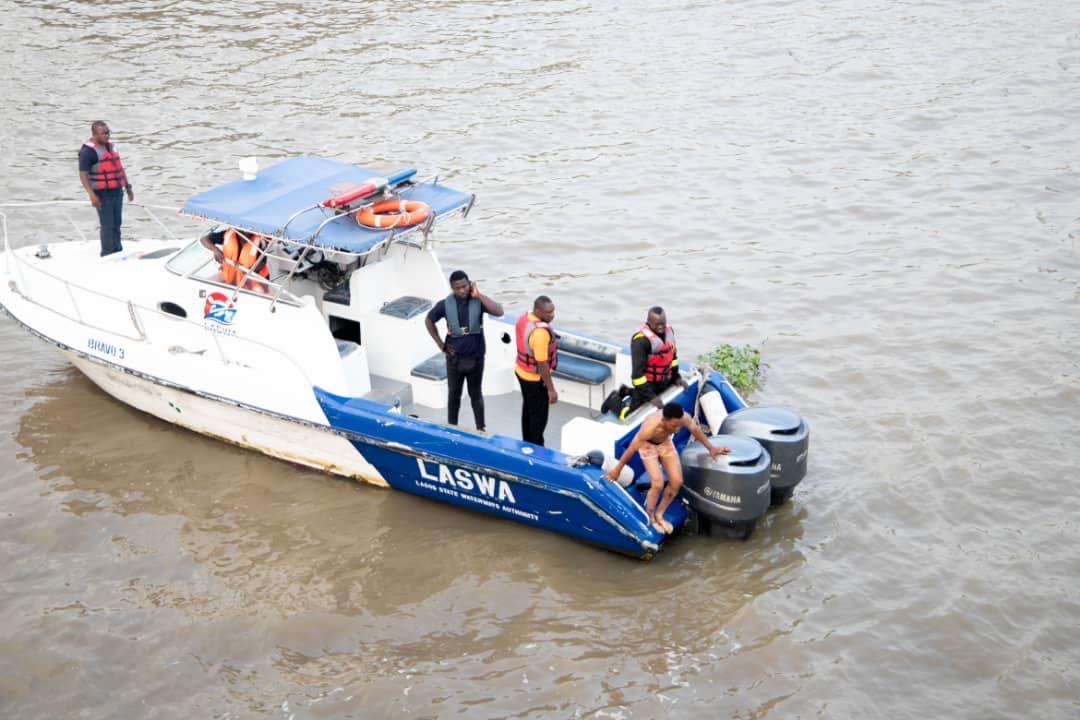 Tragedy struck on Thursday, when a yet-to-be-identified middle-aged lady reportedly jumped into Lagos Lagoon from the Third Mainland Bridge, in an apparent case of suicide.

Vanguard gathered that the incident occurred at about 10 am.

At the time of filing this report, Permanent Secretary of Lagos State Emergency Agency, LASEMA, Dr Femi Oke-Osanyintolu, who confirmed the incident, said rescue teams were still searching for the body.

According to Oke-Osayintolu, “Upon arrival of the LRT at the scene, an investigation revealed that a lady in her late 30s plunged into the Lagos Lagoon.

“Further investigation revealed that the lady alighted from a commercial cab on the bridge and suddenly plunged into the lagoon.

“The driver of the taxi claimed that earlier she was having a heated conversation with her fiancé over her mobile phone before alighting and jumping into the lagoon.

“The LRT, men of Lagos State Fire and Rescue Service, Lagos State Waterways Authority, LASWA, and officials of the Department of State Service, DSS, are still searching for the victim.”

Oke-Osanyintolu, however, lamented the spate of suicide, particularly on the Third Mainland Bridge.

He said: “Every 40 second, someone thinks about committing suicide and eventually does.”

It is instructive that the 11.8 kilometres length, of the bridge over the lagoon had witnessed series of suicide cases in the last four months.

The bridge, since it was opened in 1990, has served as the major route from the Mainland to Lagos Island, Victoria Island, Lekki, Ajah and Epe, where thousands of residents commute daily.