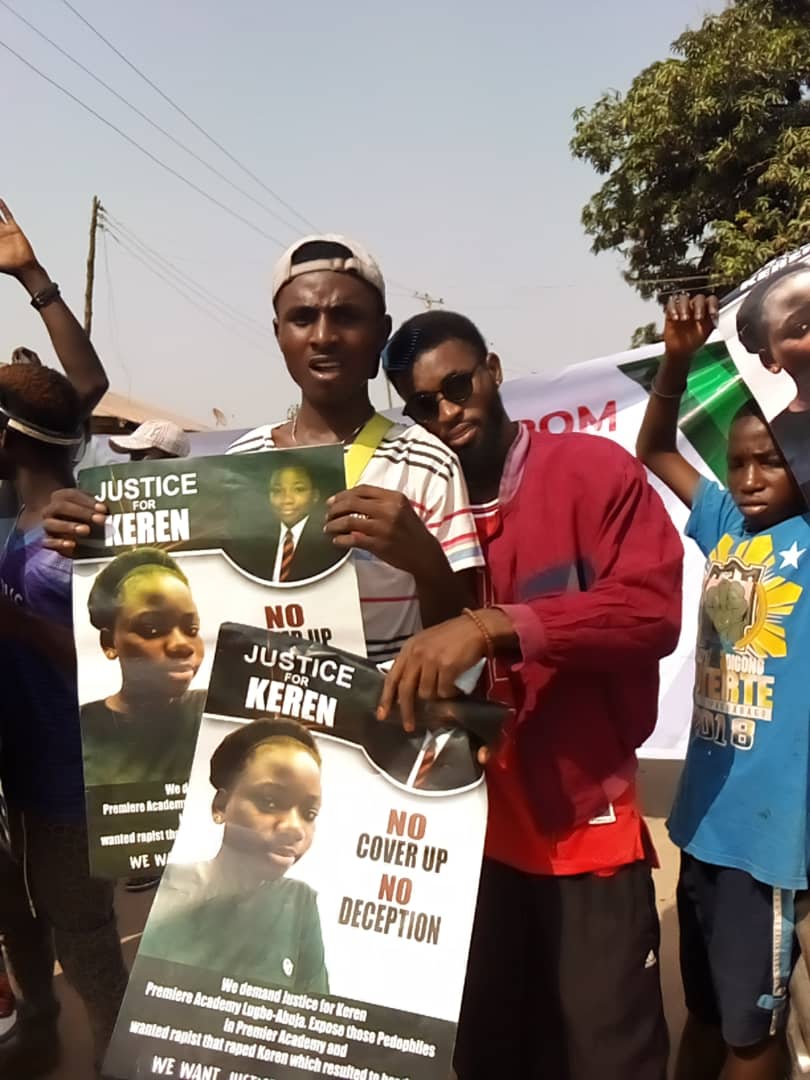 Peaceful and civil rally held in Honor of late Keren.

Group vows to excalate pressure on Federal Goverment to fish out whomever that raped keren in premiere Academy lugbe- Abuja.

A peaceful rally held in a local remote area of Tor-Donga in Benue State on the eve of the New Year.

The protesters abandoned their previous plans to hold the rally in Markudi the capital of Benue State due to police unwillingness to give official police approval.

The rally slated to kick off from Terguma street, Mission ward, Northbank Makurdi was instantly shifted to a local community called “Tor-Donga” which had children as the vocal voice alongside organizers of the rally chanting “We want Justice for Keren. We demand Justice for Keren.”

Miss.Keren-Happuch Aondodoo Akpagher, a student of Premiere Academy Lugbe, Abuja died on 22nd of June 2021 after she was alleged to have been raped inside Premiere Academy, Lugbe-Abuja. keren was raped and equally given an overdose of glucocorticoid which led to her death.

“We all are saying the same thing. Let the Federal Government of Nigeria set up independent presidential panel of inquiry to find out what happened to our sister Keren inside Premiere Academy Lugbe Abuja. We were advised not to hold rally this festive season in Markudi. Our Men and Women protesters are there in Markudi. There are there. They will still come out with or without Police approval to speak out.” Comrade. Aga Simon stated.